Cologix has begun building a 40MW data center on a greenfield plot of land in Columbus Ohio, 300 yards away from its existing 30MW campus in the city.

The new COL4 facility, on Alta View Blvd and Worthington Wood Blvd, will have six halls and 117,000 sq ft (11,000 sq m) of raised floor space, virtually adjacent to the existing campus on Scherers Court, and connected to it by fiber. Cologix also announced plans to increase the connectivity of its Columbus campus to the Google Cloud. 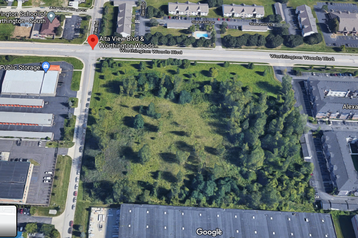 "In response to accelerated demand of cloud connectivity at the edge, Columbus is a priority to expand our hyperscale edge footprint," said Cologix CEO Bill Fathers. "The market has been bolstered by Google Cloud, AWS, and Facebook deploying major footprints in the area.” With around 30MW in the city, Cologix plans to expand this to 200MW in the next few years.

Two years ago, Cologix added the first phase of the 160,000 sq ft COL3 data center to its Scherer Court campus, with a potential to expand to 32MW. Fathers described this as a "hyperscale edge facility" - a description which might sound self-contradictory, but alludes to the fact that Columbus is considered a Tier 2 city, but has attracted the major cloud players because of its stability, its climate, and the availability of greenfield land such as the new COL4 plot.

Columbus also has strong connectivity with the world's largest data center hub, two states away in Ashburn Virginia, thanks to multiple fiber optic cables, including one laid by Facebook. Fiber goes from Columbus to all of Ohio's 88 counties, supporting low latency local communications. 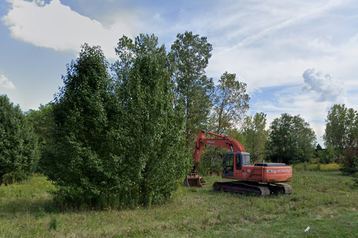 “This land acquisition is in direct response to our customer needs in Columbus and supports Cologix’s growth strategy to build an additional, cloud-first data center directly adjacent to our existing cloud campus in Columbus,” said Matt Spencer, Cologix’s CTO. “It makes sense for us to build another hybrid, build-to-suit interconnection hub, offering a cost-effective, ultra-low latency facility for cloud providers and carriers to support digital infrastructures at the network edge.”

COL4 will be directly linked to the campus, which Cologix says is the most densely connected place in Ohio, with access to 50 cloud and network service providers as well as the Ohio-IX Internet Exchange. The campus is also getting a dedicated interconnect to the Google Cloud, with Google installing compute hardware in COL3.

The new facility will have a concurrently maintainable design with 2N power and N+1 cooling, with diverse Meet-Me-Rooms (MMRs) that have dual diverse paths back to the COL1, COL2 & COL3 campus MMRs

Cologix lists som 35 data centers on its site, including a one million sq ft campus under construction in Ashburn Virginia, on the site of the former Christian Fellowship Church. The company also recently bought vXchange in Minnesota. It also has a strong Canadian presence, bolstered by the acquisition of Colo-D in 2018. Cologix also owns the iconic Infomart building in Dallas.

Its current surge of building and acquisition is partially funded by a $500 million investment from Abu Dhabi’s Mubadala Investment Company, in partnership with Stonepeak Infrastructure Partners.