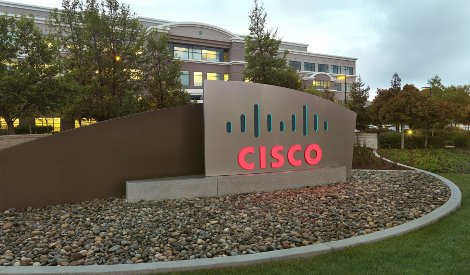 Cisco on Monday announced that it will build a global public cloud business together with its partners, which will provide a wide variety of on-demand services that will compete with cloud providers across the board, from Infrastructure- and Platform-as-a-Service offerings by the likes of Amazon, Google and Microsoft to specific business application services, such as VMware's Desktop-as-a-Service offerings or security, network management and collaboration software offered as services by a multitude of providers out there.

The announcement comes the same week that Google, Amazon and Microsoft plan to make major cloud services announcements of their own. All three companies have events happening in San Francisco this week, and each is expected to announce news regarding their public cloud service portfolios.

Cisco's network of channel partners will play a big role in its cloud business strategy. While the company will sell the services itself, it will also rely on partners to sell them.

The cloud will span Cisco's and its partners' data centers around the globe. The company is promising to offer open APIs (Application Programming Interfaces) to partners and customers to enable them to offer applications and customized services on top of the cloud infrastructure.

The company describes its future Intercloud as a network of clouds living across many different companies' data centers. Cisco said it will invest US$1bn in the initiative, but the actual figure invested will be much bigger because of the investment it expects partners to make.

The infrastructure will be built using OpenStack, the open source cloud architecture that has become the standard for building cloud services alternative to the proprietary clouds built by market incumbents. Using a single open architecture will make it easier for providers and users to move workloads across public and private clouds as needed, the company said.

Robert Lloyd, president of development and sales at Cisco, said, “The timing is right for Cisco and its partners to invest in a groundbreaking, application-centric global Intercloud to provide broader reach and faster time to market. Together, we have the capability to enable a seamless world of many clouds in which our customers have the choice to enable the right, highly secure cloud for the right workload, while creating strategic advantages for rapid innovation, and ultimately, business growth.”

The first partner that has signed up to take Intercloud services to market is Telstra, Australia's largest telco. Cisco will deploy and run cloud infrastructure for the partner, who will provide services on top of it.

In building the infrastructure for the Intercloud, Cisco plans to use its Application Centric Infrastructure (ACI) technology to optimize application performance and increase speed of deployment for new services.

ACI is Cisco's answer to OpenFlow-based software defined networking (SDN) technology embraced by many of its competitors. While Cisco's data center switches support OpenFlow (an open SDN protocol), the company offers a different approach to automating network configuration and management.

The vendor's Application Policy Infrastructure Controller automatically optimizes configuration of a Cisco network for each application that is using it based on user-defined requirements without using OpenFlow.