The C2E contract was previously revealed to be worth tens of billions of dollars over the next decade and a half. Under the award, each company will be able to compete for specific task orders at various classification levels for the CIA and the 16 other agencies in the intelligence community. 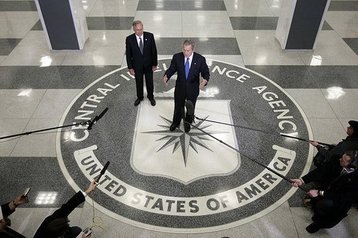 Since 2013, the CIA's cloud computing needs have been met by Amazon Web Services, with the cloud provider also hosting much of the wider intelligence community.

Under C2E, the CIA will shift to a multi-cloud posture, picking the best cloud provider for specific workloads. It will also pick cloud providers on behalf of the other intelligence agencies.

The move is in contrast to the Department of Defense's Joint Enterprise Defense Infrastructure contract, which was controversially awarded to just one company. Microsoft Azure was awarded JEDI back in October 2019, but the contract is currently being contested by AWS over claims of political interference.

“We are honored to continue to support the intelligence community as they expand their transformational use of cloud computing. Together, we’re building innovative solutions across all classification levels that deliver operational excellence and allow for missions to be performed faster and more securely,” an AWS spokesperson said regarding its C2E contract win.

"We appreciate that the government has chosen Microsoft and are eager to serve as an integral partner in supporting its overall mission," a Microsoft spokesperson added. "We look forward to providing the intelligence community our latest unique and differentiated Azure cloud and productivity capabilities."