The company has several similar data centers planned across Europe

China Mobile International (CMI), a subsidiary of China Mobile, has opened a 10MW data center in Slough, near London, saying the new facility will be a significant step in connecting China with Europe.

CMI’s 1.600-rack data center opened earlier in December in the Slough Trading Estate in Berkshire. It features three individual fiber cable lead-ins, and has Tier III certification of Design from the Uptime Institute. 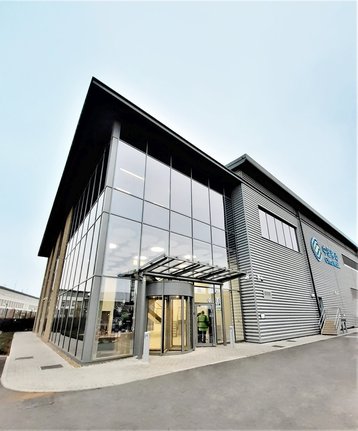 The finished project plays into Chinese Government to establish closer ties between Asia and Europe via land and maritime networks. The Belt and Road Initiative, formerly known as the "New Silk Road," was launched in 2013 by Chinese President Xi Jinping. According to CMI, the UK was an ideal location due to its high fiber density, stable power, and skilled workforce. Now open, the UK data center will establish connections with CMI's newly opened data centers in Singapore, and other more established facilities such as one in Hong Kong.

The state-owned company says the facility in Slough will be tapping into the Transit Europe-Asia 2 (TEA-2), Transit Europe-Asia 3 (TEA-3), Europe-Russia-Mongolia-China (ERMC), and Diverse Route for European and Asian Markets (DREAM) networks. This chain of connections grants the Slough data center access to more than 300 cities in 31 provinces and regions throughout China.

Dr Li Feng, chairman and CEO of CMI, said: "The opening of our new data center in the UK is the sign of CMI's commitment to promoting secure and reliable high-speed connections around the world.

"We continue to not only see strong customer demand for connectivity, cloud and content delivery solutions between the Asia Pacific and Europe, but also among the Middle East and Africa." 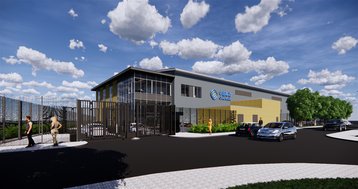 At DCD>London 2019 back in November, CMI’s data center manager for the EU & US, Jack Ke, described the facility, and a smaller one in being constructed in Frankfurt, Germany. He said: “There are seven major data centers currently either in operation or being built."

The Belt and Road Initiative (BRI) is a global development strategy adopted by the Chinese government. China's Xi Jinping first announced the strategy during his visits to Indonesia and Kazakhstan in 2013.

In a confusing use of language, "Belt", refers to the overland infrastructure such as roads and terrestrial connections whereas, "Road", on the other hand, refers to sea routes, and submarine cables.

Jinping said on March 28, 2015, while addressing the opening ceremony of the Boao Forum for Asia (BFA): "The programs of development will be open and inclusive, not exclusive. They will be a real chorus comprising all countries along the routes, not a solo for China itself.”