Chayora’s Tianjin data center (TJ1) in China is officially set to be launched at the end of the month and has received an OCP Ready certification.

The facility serving the Greater Beijing region is the first data center in China to receive this certification from the Open Compute Project. 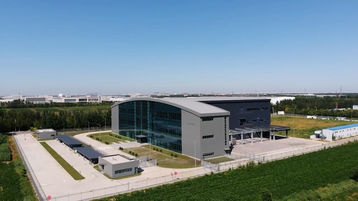 Chayora's TJ1 is an 18MW data center that will eventually be joined by several other facilities on Chayora's 80-acre campus in Tianjin, that together will eventually provide 300MW of IT capacity. The data center offers low latency transmission to Beijing’s Central Business District at <2ms per round trip. The facility is designed to accommodate demands for both small-scale and large-scale data storage requirements.

TJ1 is also designed to Uptime's Tier III specifications and will be linked to Telstra via Chayora's strategic partnership with the operator.

“We could not be more delighted to join the OCP community and share our unique perspectives on opening such a magnificent facility in China," Jonathan Berney, COO of Chayora, said. "As the first OCP Ready facility in China, this certification confirms the absolute attention to world-class design and build standards."

The company is officially launching the data center at a virtual ceremony on October 29.

Steve Helvie, VP of channel development for the Open Compute Project Foundation, said: “As the momentum for open hardware designs continues to grow in north Asia, having data centers that are optimized for OCP designs becomes increasingly important. Having Chayora as our first OCP Ready data center in China ensures those enterprises deploying OCP solutions that they will have a strong data center operator who understands open hardware and is committed to openness, scale and efficiency.”

The site is next to a gas turbine power plant where it derives its power but the data center also has access to China's State Grid Corporation of China and the National Development and Reform Committee to grant the campus links to renewable energy projects in the region.