Transaction was delayed due to CMA approval

Cellnex has finalized its acquisition of CK Hutchison's towers business in the UK.

The closing of the transaction is the last in a series between Cellnex and CK Hutchison in Austria, Denmark, Ireland, Italy, Sweden, and the UK. 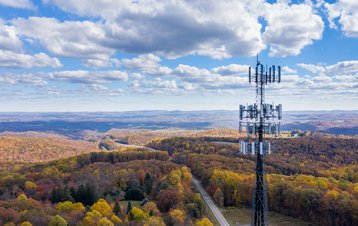 The deal in the UK took slightly longer, due to a probe by the Competition and Markets Authority (CMA) over the transfer of ownership of sites.

After scrutinizing the deal, the CMA approved the deal in May when Cellnex agreed to transfer 1,100 of its existing sites to the UK telco infrastructure operator Wireless Infrastructure Group (WIG).

This acquisition means Cellnex operates up to an additional 6,600 sites in the UK, for a country total of around 14,500.

It completes a transaction that was first agreed between Cellnex and CK Hutchison back in 2020, which would see Cellnex acquire CK Hutchison's telecommunication sites in the six European countries for a combined total of €10 billion ($10.28 bn).

All agreements between Cellnex and CK Hutchison across the various countries are separate, while these agreements also include the roll-out of new sites by 2030, representing an additional investment of €1.15bn ($1.18bn).

"This series of agreements with CK Hutchison not only strengthens our position as the leading pan-European operator but also bolsters our relationships with our customers and opens us up to new opportunities and perspectives for collaboration," Cellnex CEO Tobias Martínez.

"In essence, this rationalizing of the infrastructure managed by a neutral operator like Cellnex will create the necessary incentives to accelerate, improve and expand mobile coverage, including 5G, in these key markets.”