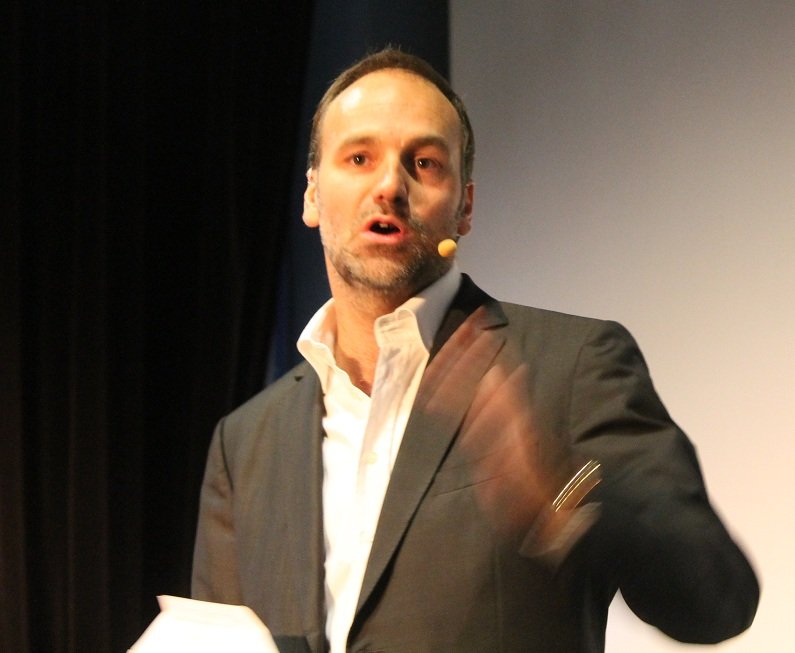 Mark Shuttleworth, founder and lead product designer at Canonical, showed off an automated cloud creator and promised a new hypervisor for Linux containers at the OpenStack Summit in Paris today.

Shuttleworth’s keynote included a live install of the latest version of the OpenStack cloud platform, this time using  Canonical’s own distribution of the stack, which was announced just before the Paris event, and is now in public beta.

The live OpenStack installation was made easier by the company’s new Autopilot feature, which sets up instances without intervention. Shuttleworth also discussed the strengths of different parts of the OpenStack platform, and promised LXD - a new hyperviser which he promised would replace the LXC currently used to provide Linux containers - providing reliability without the overhead of virtual machines.

Shuttleworth’s live installs have been a regular - and slightly nerve-wracking - feature of his OpenStack talks, Shuttleworth said, but this time Autopilot enabled him to hand the job over to a random member of the audience, selected by paper dart (in fact Shuttleworth’s dart repeatedly returned to him on stage until he screwed it up in a ball, which hit on Russell, a complete newbie with no experience of Puppet, Chef or indeed OpenStack).

“Consultants are expensive twice,” said Shuttleworth, as they are needed both on installation and upgrades. Happily, Russell seemed to get his cloud up and running without any expensive help.

Canonical warned that OpenStack might lose its focus: it has to concentrate on identity, compute, storage and networking, without unecessary extras which he described as “bulshit-as-a-service” and “junk-as-a-service”.

Perhaps as a result of some loss of focus, he reported mixed experiences of the Juno release of the stack. While its stability has increased making it even better for the increasingly-commercial OpenStack deployments which have been a feature of this OpenStack summit, not all its components are moving at the same rate. While the Neutron networking component has become more scalable, there has been a “regression” in scalabilty of the  Nova compute module, he said.

Proud of Canonical’s reference implementation of OpenStack, Shuttleworth said he hoped to see other operating systems besides Ubuntu, including Red Hat Enterprise Linux - or even Windows.

Making containers better?
For containers, he announced the “next big thing” would be LXD (“pronounced Lex-D, because LXD sounds like a drug”), which he said would replace the LXC Linux operating system virtualization technology with an actual hypervizer for containers - something which could sound like a contradiction in terms.

While hypervisors provide isolated virtual machines, they have been seen as too heavyweight for the containers which are increasingly used to carry workloads in clouds, and which have only limited resources.

Containers are still sometimes seen as not reliable enough, hence Shuttleworth’s announcement of LXD, which he said would provide “hardware-guaranteed isolation of containers without the overhead of a virtual machine”.

The new hypervisor will be presented through the usual open source channels and will unleash new levels of perfprmance for Linux on Linux clouds, he promised.

LXD has come from left field, and has had little reaction so far form the community, though some have commented that Canonical has sometimes taken an individualist approach in the past, for instance with its Unity GUI.

“I hope that LXD takes notice of other projects in the contaner space such as libcontainer [a Docker project to unify the industry’s varying container approaches],” said Van Lindberg, VP of technology at Rackspace.

Finally, Shuttleworth rounded out his talk with promises for the increasingly-important world of Hadoop big data. All three major Hadoop implementations, MapR, HortonWorks and Cloudera, will be available on Canonical’s OpenStack as “charms” which can be quickly deployed by Canonical’s Juju method - “instantly and automatically”.