A history of incompetence 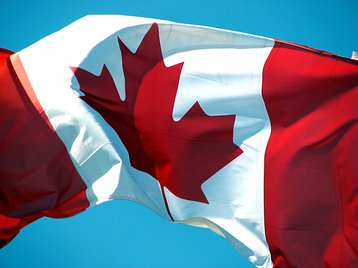 The SSC was created in 2011 as part of a federal strategy to consolidate data center services for all government agencies, but has come under fire on multiple occasions by various agencies including the Canada Border Services Agency, Statistics Canada, the Auditor General and the House of Commons’ standing committee on public accounts.

In the memo, obtained by CBC News, Paulson claimed the police force saw a 129 percent increase in critical IT failures since SSC took over five years ago, and that it also had to deal with a 98 percent increase in average outage duration. In the appendix, the Commissioner listed examples of incidents that reflected poorly on SCC’s capacity to deal with the organization’s stipulations.

To add insult to injury, Paulson claimed that the core routers which failed in this incidence had formerly been deemed due to be replaced. The RCMP had purchased the equipment to replace them before SCC took over their networks, but the service decided to use them elsewhere instead.

The CPIC - which contains names, criminal records, warrants and license plates - went down over a dozen times between spring last year and the 11-hour incident in January 2017.

Another incident, in which an emergency request for IT equipment was made by the police when evacuating Fort McMurray due to forest fires was met by alleged incompetence on SSC’s front, with fewer phones than requested delivered. Those that were delivered were inactive, and SSC staff were unreachable.

Clutching on for dear life

According to Paulson, the president of SSC, Ron Parker, has acknowledged the unworkable nature of the current arrangement with law enforcement services, and Goodale is due to meet with the minister responsible for SSC, Judy Foote, to discuss this further.

In a statement made in October 2016, the organization defended its reputation with regards to its core mission set out in 2011 - to save public funds by consolidating government data centers and applications. It claimed that, considering the scale of the task at hand, it had made steady progress, despite a number of setbacks.