Bulk is getting ready for when Havsil goes online 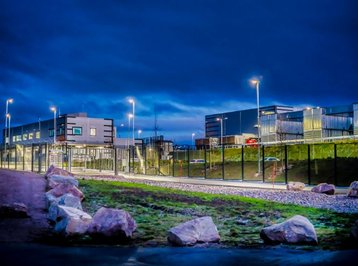 N01 also has access to up to 1GW of renewable power due to its proximity to the Kristiansand Substation, a 3.6GW facility. It took four months to complete the project.

Construction on N01 first began back in 2014 but it Bulk only recently established any operational data centers there. The campus comes with 1,400 sq m (15,000 sq ft) of technical space arranged in two 700 sq m (7,500 sq ft) data halls. The entire operation is fully powered with renewable energy and the data center capacity has a PUE of 1.15.

Jon Gravråk, CEO of Bulk Infrastructure Group said: “This expansion is tailored for specific customer needs addressing the latest high-density HPC solutions. We are seeing increased demand for our N01 Campus where customers benefit from the lowest Total Cost of Operations in Europe taking advantage of the direct connection to 100 percent carbon-free energy and will have more announcements soon.”

The expansion follows a deal Bulk struck with Nordic telco, Telia, in July. Earlier this year, the Norwegian Communications Authority selected Telia to build fiber connections from Norway and abroad Telia signed on with Bulk to leverage its upcoming Havsil subsea cable. According to Bulk, Telia's access to its other routes linking N01 to Oslo and Esbjerg, Denmark, swayed the tender in its favor.

Havsil will be the shortest route connecting Norway to continental Europe. It will be linking up N01 Bulk’s Danish campus DK01 in Esbjerg. And, from Denmark, the cable is connected to Havfrue and Havhingsten which connects Bulk to the US and the UK. The Havsil subsea cable is due to be ready for service at the end of 2021.