BP to shut down European data centers, move workloads over to AWS

BP is shutting down the servers in two European data centers as it migrates over to the cloud.

Green company, not so green cloud

The oil and gas company announced during Amazon's re:Invent in Las Vegas it will move to the cloud so it can better utilize AWS's services. BP currently owns servers inside two European data centers believed to be operated by HPE, which will now be decommissioned as it prepares to move around 900 applications and vast amounts of data over to AWS. 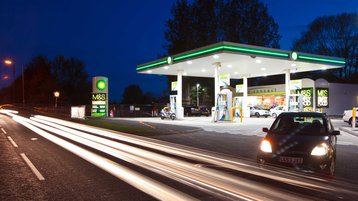 Bill Vass, VP of technology, storage, automation, and management for AWS, said: “We are pleased to expand our relationship with BP as the company moves [from] its largest mega data centers, which host mission-critical data applications, to AWS.”

“AWS is the world’s leading cloud, with an unmatched portfolio of cloud services, proven performance, and operational expertise, which is why global companies like BP trust AWS to support their digital transformations.”

In April, Amazon employees called on the company to stop courting oil and gas cloud contracts, with an open letter noting the company has a division "devoted to helping fossil fuel companies accelerate and expand oil and gas extraction."

Since 2014, AWS has pledged to source 80 percent of its energy from renewable sources by 2024. The company's most recent energy investment has been on a solar farm project in Northern Virginia which, when paired with another new plant in Illinois, will produce around 180MW. According to the announcement, BP is also set to supply Amazon in Europe with 170MW derived from wind and solar power.

What does BP get out of it?

BP will be creating a data lake on Amazon Simple Storage Service and will use Amazon Kinesis, to collect, process, and analyze real-time, streaming data for emissions monitoring and gas station pump operations.

“We’ve been working with AWS for many years, and today’s announcements further strengthen that relationship. AWS is helping BP to transform our operations, and together we are using the cloud and renewable energy resources to drive energy efficiencies,” BP CIO Steve Fortune said.

“Exiting our European data centers and migrating to AWS supports our digital transformation agenda, and we’re excited about the possibilities for increased flexibility, operational efficiencies, and opportunities to innovate while helping to advance the energy transition.”