Company plans to take former Telstra facility up to 14MW

Hong Kong-based Big Data Exchange (BDx) has completed the first upgrade to its data center in Singapore, and plans to more capacity later this year.

The company has added an extra 2MW of capacity to its SIN1 facility located in Paya Lebar. 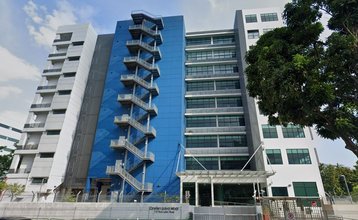 In addition to the completed upgrade, BDx will expand the Tier III-certified data center by an extra four floors and an additional 8MW of capacity later this year. This will take the total capacity to 14MW, up from its original 3.6MW.

“Data center services are in high demand in Singapore because of its strategic location,” said Mayank Srivastava, SVP of design, build & hyperscale engagement for BDx. “The added capacity makes BDx one of the few network dense, carrier-neutral facilities that can meet the needs of new and existing customers in Singapore.”

The former Telstra facility was first launched in 2014, with BDx acquiring it in April of last year. The company immediately began upgrading the facility.

BDx has six facilities across China and southeast Asia in Guangzhou, Nanjing, Hong Kong, and Singapore.