Biden expands US investment bans on Chinese companies including Inspur

President Joe Biden has signed an executive order banning US entities from investing in 59 Chinese companies.

Building upon an existing EO signed by President Donald Trump, the order claims it is blocking investment in the companies due to national security concerns, and claims they help surveil and suppress individuals around the world.

In the order, the President said: "I find that the use of Chinese surveillance technology outside the PRC and the development or use of Chinese surveillance technology to facilitate repression or serious human rights abuse constitute unusual and extraordinary threats, which have their source in whole or substantial part outside the United States, to the national security, foreign policy, and economy of the United States, and I hereby expand the scope of the national emergency declared in Executive Order 13959 to address those threats." 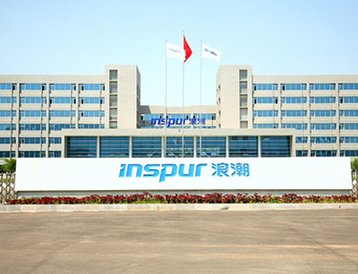 The order is separate to a number of EOs that added Chinese companies to the US Commerce Department's Entity List. Those - signed both by Trump and Biden - blocked US companies from working with or supplying any firms on the list.

Among those on the Entity List are Huawei, chipmaker SMIC, surveillance firms Hikvision, Zhejiang Dahua Technology Co, and AI companies SenseTime and Megvii. Supercomputing companies Sugon, Sunway, Hygon, and Phytium are also on the list.

It also shifts control of which companies are banned from the Department of Defense over to the Treasury Department.

The DoD added smartphone maker Xiaomi to the investment ban list in January, but the company was able to successfully challenge the designation in court in May. The White House hopes that the new version of the order will be more robust, and less open to challenges and mistakes.

It brings across the existing companies on the list, and adds several more. Among the Chinese businesses US entities are blocked from investing in are China Mobile, Hikvision, Huawei, SMIC, and Inspur.

The DoD claimed that server maker Inspur was closely tied to the Chinese military back in June 2020, but did not publicly recommend any action. At the time, we noted that Inspur had so far managed to escape the ire of US officials.

The third-largest server manufacturer in the world, and the largest in China, its site boast testimonials from senior officials at Nvidia, Cisco, Intel, and other US firms.

"Inspur is a fantastic company to work with... they're critical to bringing the latest AI technologies to all of our customers," the data center head at Nvidia, Ian Buck, states in one of the videos.

Intel briefly paused sales to the company following the publication of the DoD list, but quickly resumed sales. "This suspension is expected to be no more than two weeks, and we will resume supplies to the customer as soon as possible," Intel China said at the time.