The US government has announced plans for a $300 million increase for the Technology Modernization Fund (TMF).

The TMF enables agencies to modernize and improve outdated technological services delivered to the American public, including sensitive systems and data security.

On Monday, the Biden administration published the details of its $1.58 trillion discretionary budget for fiscal year 2023, with significant spending increases for IT infrastructure and cybersecurity.

The White House said of the budget: “With the continuously evolving IT and cyber landscape, these investments are an important down payment on delivering modern and secure services to the American public, and continued investment in IT will be necessary to ensure the United States meets the accelerated pace of modernization.”

The new budget plan comes after reports of ongoing data center consolidation issues in the country earlier this month. 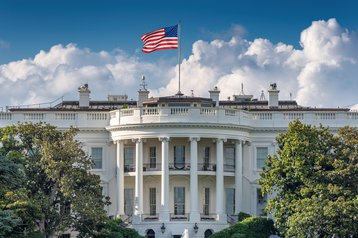 The planned spending also includes a $300 million top-up for the Technology Modernization Fund, after the $1 billion it received as part of the American Rescue Plan (ARP) Act in 2021.

The White House said of this latest investment, as well as that of the ARP, that it “represents a set of strategic investments to improve technology at scale across all of the high priority areas. These investments reflect the Administration’s strong commitment to improving the American public’s interactions with the Government and bolstering the security of those interactions.”

The discretionary budget has also set aside $65 billion in IT spending across civilian agencies, marking an 11 percent increase from the figure reported last year, continuing the upward trajectory.

The document further states that “The President’s Budget includes funding for 4,290 investments at 24 agencies. Of those 4,290 IT investments, 742 are considered major IT investments.”

A significant amount of importance is also being placed on the issue of cybersecurity, with a discretionary $10.9 billion being set aside for federal civilian cybersecurity capabilities, representing an 11 percent increase on the year prior.

The order was signed after several cyber security incidents, including the SolarWinds supply chain attack that compromised nine federal agencies and ransomware that shut down a natural gas pipeline. The US public sector is now mandating across the federal government the use of multi-factor authentication and encryption, and placing an emphasis on improving information-sharing between the government and the private sector.

The document announcing the 2023 discretionary budget also noted the general IT trends that are occurring, and how government Enterprise Infrastructure Solutions (EIS) are supporting a changing industry.

The EIS is a 'contract vehicle' to address all federal agency IT telecommunications and infrastructure requirements. It aims to reduce agency costs and acquisition time by leveraging existing contracts.

“As Federal agencies transition to the EIS contracts, they are taking the opportunity to develop a holistic approach towards achieving a zero-trust architecture via software-defined networking that encompasses cloud infrastructure, enhanced mobility capabilities, and embedded cybersecurity and satellite communications.”

The EIS is projected to result in an average of 13 percent cost savings over the expiring Networx contract, and 30 percent less than compared to large commercial contracts.

Finally, the budget referenced the increased importance to be put on filling the IT and cyber workforce in the Government with skilled workers. The document said that the Administration is ‘committed to investing in the Federal workforce’ and ‘will continue to evaluate processes and practices related to recruiting, hiring, and retention, as well as applying the lessons learned from the COVID-19 pandemic.’