To meet its capacity needs and ensure compliance with international standards

In a bid to secure its IT systems and prevent data loss in the event of unforeseen disruptions, Ghana’s central bank has launched a backup data center in Kumasi, capital of the Ashanti region.

According to local news website MyJoyOnline, the facility spans three stories and offers 2,890 square meters (31,100 sq ft) of total floor space, though part of the building will be used for offices. 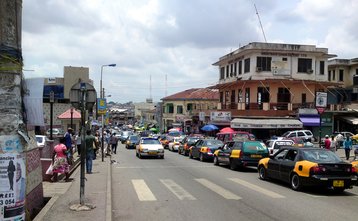 The Bank of Ghana’s original data center is located at its central office in Accra, and was built when the group decided to digitize its operations in 2005.

A room in the Kumasi office was subsequently turned into a backup site; the new facility was required after the bank’s ICT operations grew and capacity became a concern, with the organization being accountable to its customers in meeting business continuity and international information security standards.

The building was erected by third-party construction firm Messrs SuperTech Limited in Ahinsan, on a site owned by the bank on the southern outskirts of the city.

In addition to developing the site, the group has been striving to make the surrounding roads “as motorable as possible.” The bank’s governor, Dr Ernest Kwamina Yedu Addison, called the new data center “a significant milestone in the bank’s operations.”

He said: “Our mandate to formulate monetary policy to ensure price stability and our role as a banker to government is such that the bank cannot afford an operational shutdown under whatever circumstance. This, therefore, calls for the need to construct a state of the art data center and disaster recovery sites which meet international standards to deal with unexpected events that may lead to a total shutdown of the bank’s operations.”