Lyft went all in on AWS. Now it's "investigating redundancy"

This week's Amazon Web Services outage was confined to just one data center out of its sprawling Virginia cloud region, made up of multiple campuses in distinct locations.

And yet, the outage's impact was felt far and wide, with a number of services around the world brought offline. 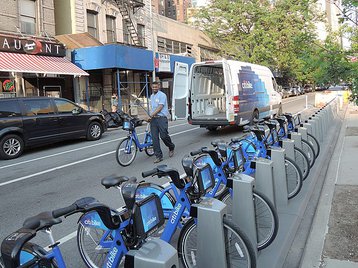 Gothamist reports that shortly after 7am - at the height of morning rush hour - users were unable to unlock bikes.

Lyft, which acquired the bike business in 2018, claimed that services resumed at 9:20, but users were still reporting issues for the next few hours.

The bike service had an average of 70,000 riders per day last month. This month, however, it went down three times - each time due to Amazon Web Services outages.

The first outage was blamed on “automated activity” that triggered “unexpected behavior” in its internal network. The second outage, at different cloud regions, was due to undisclosed "Internet connectivity" issues.

This third outage was down to a power outage at one of the company's data centers in Virginia.

“It's certainly something that's of concern to us and we're investigating ways to build redundancy into the system,” Jordan Levine, a Lyft spokesperson, told Gothamist. “You can trust us when we say we're as frustrated as our riders.”

In 2019, Lyft said that it was going "all-in on AWS," and the company is often touted by AWS as a success story in sales pitches. In its IPO prospectus that year, the ride-hailing company said it had a commitment to spend at least $300 million on Amazon Web Services over three years, ending this year.