Company claims customers will be able to create 6.3 exaflops supercomputer in cloud 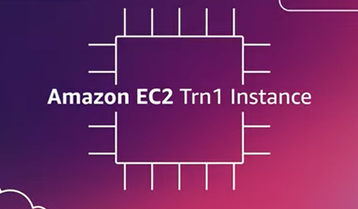 First announced in December 2020, Trainium chips are purpose-built for ‘high-performance ML training applications in the cloud’.

“You can use EC2 Trn1 instances to train natural language processing (NLP), computer vision, and recommender models across a broad set of applications, such as speech recognition, recommendation, fraud detection, image and video classification, and forecasting,” the company said.

Trn1 instances are the first EC2 instances with up to 800 Gbps of Elastic Fabric Adapter (EFA) network bandwidth.; each instance has 512 GB of high-bandwidth memory, delivers up to 3.4 petaflops of FP16/BF16 compute power, and features a high-bandwidth nonblocking NeuronLink interconnect 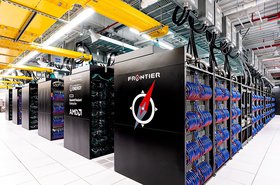 The end of the supercomputer era

Trn1 instances are deployed in EC2 UltraClusters and able to scale to up to 30,000 Trainium accelerators, equating to a supercomputer with 6.3 exaflops of computing.

Last year, YellowDog created a distributed supercomputer on AWS, pulling together 3.2m vCPUs (virtual CPUs) for seven hours to analyze and screen 337 potential medical compounds for OMass Therapeutics. The effort won the temporary machine the 136th spot in the Top500, managing a performance of 1.93 petaflops.

However, they are only currently available in US East (N. Virginia) and US West (Oregon). Additional AWS Regions are due in the future.