Local Zones act as Edge locations to host applications that require low latency to end-users or on-premises installations. Each zone offers services such as compute, storage, and database, close to population centers for latency-sensitive applications, usually where Amazon doesn't have an existing data center footprint. 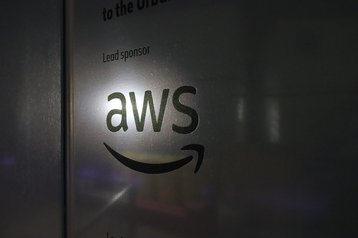 “AWS Local Zones are now available in two new metro areas—Perth and Santiago,” the company said this week. “You can now use these Local Zones to deliver applications that require single-digit millisecond latency or local data processing.”

First launched in 2019, AWS had previously concentrated its Local Zone rollout in the US. However, at the turn of last year, the company announced plans to launch the service in 32 cities across 26 markets internationally. The company has now launched a total of twelve international Local Zones outside the US.

Further Local Zones have since been launched in Argentina, Denmark, Finland, Oman, and Thailand, along with a second Indian zone in Kolkata.

Hamburg, Taipei, and Muscat were not on the list of cities published in February 2022, but the company has said it had plans for ‘hundreds’ of Edge locations in the future.

Another Australian Local Zone is expected to go live in Brisbane at some point. In Latin America, further zones are due across Colombia, Peru, Mexico, and Brazil in Bogotá, Lima, Querétaro, and Rio de Janeiro.

Despite multiple requests from DCD, AWS hasn't detailed what facilities the Local Zones sit within or what compute infrastructure they use.

AWS operates around 29 Wavelength Zones – which embed AWS compute and storage services at the Edge of communications service providers’ 5G networks – across seven countries. The company has partnered with the likes of Verizon, Vodafone, KDDI, SK Telecom, and Bell Canada.

Amazon also runs an EdgeFront content delivery network (CDN), which spans more than 310 Points of Presence in more than 90 cities across 47 countries.

Finally, it offers AWS Outposts, which are racks that can be shipped and installed at your data center and on-premises locations.