Worse than an Internet flame war

Customers of Australian superannuation provider UniSuper were left unable to access their accounts after a fire at a Port Melbourne data center.

No data was lost or compromised during the fire, which happened at an unspecified data center. 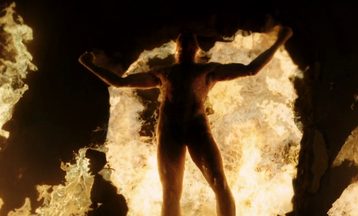 Burning down the data center

“Early Wednesday morning, an incident at one of our data centers triggered a partial system shutdown. A number of our systems and services were impacted,” UniSuper spokesperson Catherine Dohrmann told iTnews.

“The direct impact on our members was limited to the outage of our telephony system and MemberOnline portal.”

UniSuper, which provides superannuation services to more than 400,000 employees of Australia’s higher education and research sector and has more than AU$56.8 billion in assets, was able to come back online on Thursday.

The company declined to name the data center provider, but the facility is located in an area home to Vocus, NextDC and Equinix. UniSuper is an investor in both Vocus and NextDC.

Dohrmann said that the company was waiting to hear back on specifics regarding what happened in the facility to cause the incident.

This is far from the first time a data center has caught on fire - earlier this year Australia’s largest telecoms company, Telstra, suffered a major outage after a core exchange near Sydney caught fire.

Over in the US, Ford saw its data center go up in flames, while Canadian services were disrupted when a facility started smoking. But all the outages pale in comparison to what happened in Azerbaijan in 2015 - after a Delta Telecom facility caught fire, 90 percent of the country’s Internet services went down.

Data centers can minimize the impact of fires with suppression systems. However, if they are not installed properly, they too can bring facilities offline, something the Romanian branch of ING discovered when the loud noise of a suppression system test damaged the data center’s hard drives.