Ascenty has opened its second data center in Santiago, Chile. 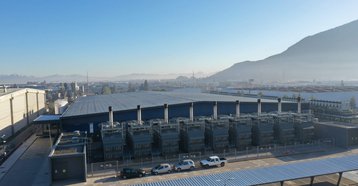 The company completed construction work on the facility in July, with an investment of R$500 million in the site so so far; which is due to increase to R$ 770 million after further planned expansions to the structure.

Initially planned for 2021, the construction of Santiago 2 faced delays related to the pandemic along with supply chain issues, COO Marcos Siqueira recently told BNamericas. The facility went live with 20 percent of its capacity already leased, and the company expects that figure to increase to 40 percent by the end of the year.

“Chile is a key and strategic country for Ascenty in Latin America,” said Chris Torto, Ascenty’s CEO and founder. “This new data center enables us to meet regional demands and continue our rapid expansion into other Latin American countries. We recently opened two data centers in Mexico and are looking to enter other local markets, such as Colombia and Peru.”

Ascenty, a Digital Realty and Brookfield company, now has 28 data centers in Brazil, Chile, and Mexico – 22 currently operating and the rest under construction. The company also has advanced plans for Colombia, which is expected to be its next Latin American market, and Peru.

Cirion, formed out of Stonepeak’s acquisition of Lumen Technologies’ Latin American operations, has acquired a 25,000 sqm (269,100 sq ft) area in Santiago for the development of a second data center. Construction is expected to begin this year, Cirion’s CEO Facundo Castro told BNamericas.

The land was bought at the end of June, for an undisclosed sum, and the new facility is due to start operations in mid-2023.

“We bought land in Santiago de Chile, because Santiago is where we have a data center already with some construction constraints [for physical expansion]. We'll start building, let's say, the first module this present year,” said Castro.

Stonepeak closed the $2.7 billion acquisition of the former Lumen business earlier this month.

A version of this story was published to our Brazilian edition.