The new facilities are already fully leased, and are located in Jundiai, Hortolandia and Paulinia. In total the data centers add 24MW of capacity to Ascenty’s network.

Ascenty was set up in 2010, bought by Digital Realty in 2018, and turned into a joint venture with Brookfield Infrastructure early in 2019. 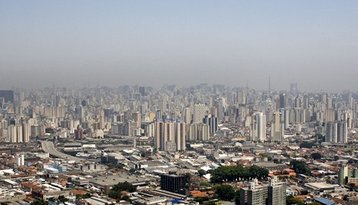 "Including these new data centers and two additional sites expected to launch in the third quarter, Ascenty will own 17 data centers,” said Chris Torto, Ascenty CEO. Of the 17 data centers Ascenty owns in South America, five are under construction - four in Brazil and one in Santiago, Chile.

Announced in April, Ascenty’s 6.3MW Santiago, Chile data center will be the company’s first in the country and is expected to be completed by 2020.

Ascenty was established in 2010 with a focus on large scale, high density colocation. In the nine years since, the company has emerged as one of Latin America’s largest data center providers.

The greater São Paulo area or Região Metropolitana de São Paulo (RMSP), which includes the state capital São Paulo. has a population of around 23 million.