5G networks distribute data further than previous networks, and will be used widely for Internet of Things (IoT) applications where sensors gather data for scientific research. They can also be installed more flexibly with end users adjusting their own bandwidth or even installing local 5G networks for dense applications. In the three-year Wildebeest project, researchers from Argonne, along with colleagues from Northwestern University, will be using AI to optimize 5G networks, making use of that flexibility to better gather information.

And beyond that, the Argonne labs has won part of a larger grant for future networks which operate using quantum effects, passing data using single photons and storing it using different physical measurements such as the spin of a particle. 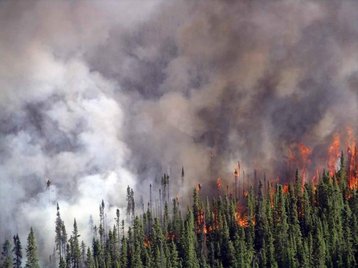 Getting a Waggle on

"Instead of simply moving data, the new 5G network supports computation at every point along the digital continuum, from a sensor that measures a farmer’s soil moisture or a micro radar unit tracking and predicting the path of a storm to the radio towers where data is aggregated and then sent to the data center," says the Argonne announcement.

Argonne has already developed an Edge platform, called Waggle, which uses Nvidia's Xavier NX processor and has been used to gather data for research. The University of Chicago’s Array of Things project deployed it to measure urban dynamics, supported by more than 100 sensors throughout the city. And a new Waggle version was used by Northwestern University’s Sage project to understand and predict wildfires in Colorado, California, and Oregon.

Now researchers are developing that further in the Wildebeest program: “By combining the newest breakthroughs in AI learning and low-power AI accelerators, Wildebeest will give scientists new capabilities for adaptive, responsive and smart distributed sensor networks,” said Pete Beckman, co-director, Northwestern Argonne Institute of Science and Engineering. ​“Wildebeest will support advanced AI that can ​‘migrate’ across the digital continuum to allow us to start automatically optimizing sensors and instruments in the field to report the most scientifically valuable data in real-time.”

With 5G, users can adjust their requests for the network, from bandwidth to latency, and scientists also can build out their own 5G wireless infrastructure in remote areas where no commercial service is available. This means data can be gathered in remote areas like the far corners of Alaska, rural Oklahoma, or used in partnership with tribal communities to monitor remote ecosystems.

Argonne aims to support this with intelligent radio management, so the 5G systems can switch wavebands depending on local conditions and changing scientific goals. The project will develop a test bed for AI workloads.

“With Wildebeest, distributed sensor networks will take a step toward autonomous sensing, automatically finding the most important data and using Edge computing to respond hundreds of times faster,” said Nicola Ferrier, Argonne scientist on the Wildebeest project and lead for the AI algorithm research.