Backup systems kept the Argentinian province of San Luis connected after a fire at the data center which supports the government's infrastructure this week.

A fire in a substation cut off power to the La Punta data center close to the capital San Luis, which supports the region's "information highway" (AUI) on Saturday morning, according to Agencia de Noticias San Luis. The building's backup generators went into action and no services were affected, the news site reports. 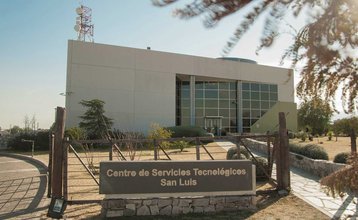 “During the early hours of Saturday, at 2:55 in the morning, a power outage was detected in the data center," head of telecoms Franco Videla told the news site. The was in a building owned by the energy company adjacent to the data center. "The data center continued to operate normally during the power failure, under the operation of the building's backup power system."

The building switched to its uninterruptible power supply (UPS) and operated on diesel generator power until the utility repaired the substation at 11:30 in the morning.

The government of San Luis is funding a province-wide rollout of Wi-Fi based on 1,500 antennas connected via a 3,500km fiber optic network with 40Gbps total bandwidth. This is managed from the La Punta data center in La Punta, through its Autopista de la Informacione (AUI) program.

The data center is designed for reliability to Tier III principles, with an anti-seismic architecture environmental control and fire prevention systems. It was shortlisted for DCD's Latin America awards in 2019. According to reports, Facebook, Google, and Netflix host their servers in the data center.