Apple to use hydropower for new data center 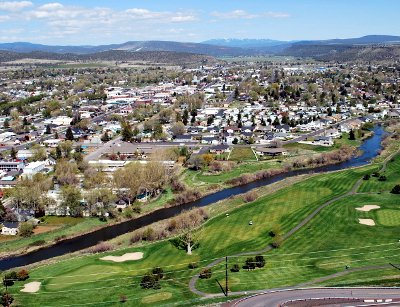 Apple has bought a hydroelectric project in Central Oregon close to its new data center in Prineville which will supplement its current sources of green power, according to reports.

Greenpeace, however, has expressed doubts that it can meet all its clean energy goals.

The move follows Greenpeace’s launch of its leadership in Green IT study, which showed Apple ranked below Cisco and Google.

According to Apple it currently uses wind power for its Prineville facility but it has been exploring other options.

In its North Carolina data centee it sources power from solar arrays and the vendor has been planning replicate the operation in Oregon.

In January Apple won approval from the city and Crook County to extend the data center’s tax exemptions to cover a solar farm on a 200 acre site. Though Apple doesn’t own the site it has the option to buy it, according to reports.

Apple’s newly acquired 45-Mile hydroelectric project is 20 miles from Prineville, in a Jefferson County irrigation canal. The project will divert water from the canal for half a mile and run it through a hydroelectric turbine and has the potential to generate between 3 to 5MW of power.

Existing local regulations call for the 45-mile project to be taken offline when the irrigation canal is shut in the winter months. In addition, the hydro deal is expected to fulfil only a small proportion of Apple’s Prineville data centre power requirements.

Apple’s 338,000 sq ft Prineville facility is likely to match the 37MW consumption of Google’s nearby facility in The Dalles.

With Apple’s solar array offering at best a maximum 20MW and the hydroelectric project a further 5MW, there remains potential 10MW of power that needs to be sourced.

According to an official Apple statement, it intends to power the data center using a combination of “such as wind, hydro, solar and geothermal power”.

Hydropower will be managed by the Bonneville Power Administration via the Central Electric Cooperative (CEC), a regional power agency serving the Prineville area. Apple is using CEC and another agency, PacifiCorp, to source its green power.

Though Greenpeace hailed Apple’s efforts as “real progress in its commitment to lead the way to a clean energy future” it remains doubtful Apple can meet its clean energy goals in North Carolina. According to Greenpeace clean energy does not have access to the regional electric grid.