Apple is selling off the land it had once hoped to develop into a billion-dollar Irish data center.

As first reported by The Times, the proposed Derrydonnell data center in Athenry, County Galway, is up for sale on a website managed by commercial real estate firm Binswanger.

Advertised as a "ready to go data center development site" on Data Hub West, no price has been given for the plot which cost Apple around $15m back in 2014. The land "has full planning permission for buildings totaling 320,000 sq ft (29,729 sq m)." 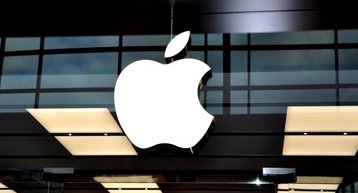 Despite initially winning planning permission to build the data center and electrical substation, it was challenged by opponents who cited environmental concerns.

The initial plan for the Athenry site was quickly approved by Galway County Council, but appeals kept bringing the case back to the Irish planning board (An Bord Pleanála) and the Commercial Court. It was approved in 2015, 2016 and 2017.

However, environmental protesters were undeterred and carried their appeals to higher courts - eventually reaching the Supreme Court where they won the appeal.

The project’s local supporters, the Athenry for Apple group, said this was not just a disappointment in Galway, but a “blow to the country,” and blamed Ireland’s cumbersome planning process.

Paul Keane of Athenry for Apple said the development “should have been fast-tracked in the way it happens in other European countries.”

The facility that was meant to be operational by 2017 but was instead stymied by multiple legal challenges that went on for five long years.

Eventually, Apple simply gave up, canceling the project in 2018 despite a last ditch plea from state head Leo Varadkar. 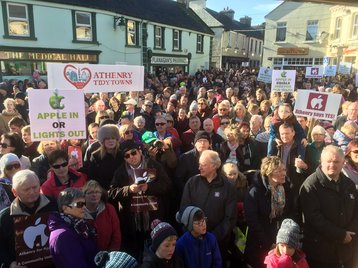 The tech firm has now shifted its attention to building its Danish Viborg facility.

This data center has also been causing trouble for the Californian company, with multiple delays, sacked contractors, and stalled construction.

The facility was part of a wider $1.7bn expansion in Europe involving its sister site in Aabenraa - but that facility was ultimately canceled for reasons unknown, with the land now also on sale.