After a delay caused by Hurricane Ophelia

Lawyers representing Apple data center objectors Sinead Fitzpatrick and Allan Daly have asked the Commercial Court for a certificate to appeal to the Court of Appeal. Their request comes after last week saw Apple’s facility finally approved. Their application will be heard on 25 October by the court.

Fellow objector Brian McDonagh, meanwhile, asked the court for more time to consider last week’s ruling, but Justice McDermott told him he had the same period as the other two objectors to lodge an application.

On Monday, Justice Paul McDermott was set to find out if his decision to allow Apple to proceed with the development of its repeatedly-delayed €850 million ($1bn) data center in Galway, Ireland, would be facing an appeal.

But with Hurricane Ophelia causing all the nation’s courts to be temporarily closed, the matter has tentatively been rescheduled for 2pm (GMT+1) on Tuesday, The Irish Times reports. 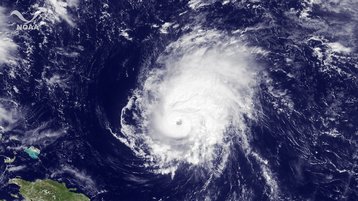 Local residents Sinead Fitzpatrick and Allan Daly made the first challenge, raising concerns about the environmental impact of the campus, both on the surrounding area and through greenhouse gas emissions.

McDermott countered that the Environmental Impact Assessment (EIA) had been appropriate and relevant, and was carried out in accordance with national and European law.

The second challenge came from Brian McDonagh, but McDermott dismissed his claim on the grounds that he was not a local resident and that he should have disclosed at an earlier stage that he was a director and shareholder of Ecologic Data Centre Ltd.

Should the appeals be filed again today, they can be brought forward using two different routes.

Apple’s project will be delayed further if the judge who heard the case agrees to certify an appeal to the Court of Appeal on the grounds that their judgment raises a point of law of exceptional public importance.

The other approach is to file an application to the Supreme Court for permission for a leapfrog appeal directly to that court.