Amazon has built up to five data centers in Mumbai, aiming to head off increasing competition in the fast growing market for cloud services in the Indian sub-continent, according to a news report.

The company announced plans for an Amazon Web Services (AWS) region in India in June 2015, and has been building the necessary data centers since then. The region is due to open sometime in 2016, and there’s no official announcement from Amazon, but the Economic Times believes that Amazon has completed building five data centers in Mumbai. 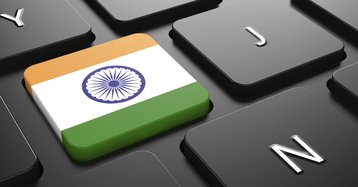 The data centers were due to open in December but have been delayed, a source told Economic Times. The build is being done as quickly as possible, as AWS has serious competition to face.

Amazon already has AWS customers in India, who are using the Amazon cloud service delivered from neighboring regions: a 2015 blog from Amazon announcing the region, also namechecked some big players including Tata Motors already on AWS.

India is currently in the spotlight as a potential fast-growth market, but online services there have been hampered by unpredictable power supplies, patchy internet connectivity, limited bandwidth and unreliable optical fiber links between different parts of the country. Until 2015, India was seen as an also-ran in the race to become a regional data center hub.

Despite the problems, India has hundreds of millions of Internet users, and that figure is still growing rapidly, along with fast-increasing online businesses. This adds up to a big opportunity for cloud providers, and AWS vice president Andy Jassy had publicly stated that India could become one the largest regions in AWS in the long term.

Gartner has estimated that the public cloud services market in India will grow from US$423M in 2013 to US$1.3bn in 2017, putting India as the fastest growing cloud market in the world.

Amazon’s retail arm has an Indian competitor, Flipkart, which is valued at $15 billion. Economic Times reports it has been moving its data centers in-house, suggesting it might ultimately become a native cloud competitor.

Meanwhile, AWS is engaged in other regional activity. It opened a data center in South Korea in January this year.