Amazon Web Services to expand into India in 2016

New infrastructure region could lead to billions of investment

Amazon Web Services (AWS) is to open an infrastructure region in India in 2016, adding local data centers for customers in the sub-continent. The initial investment is “many millions” of dollars, and could scale to billions.

The investment will support a rapidly growing AWS customer base in India, giving them a faster service, and allowing them to keep data locally, AWS vice president Andy Jassy explained in a press release. The expansion was  hinted at by Amazon CEO Jeff Bezos during a visit to India in October 2014, and follows quickly on the heels of Microsoft CEO Satya Nadella launching three data centers for Microsoft’s Azure cloud in India. 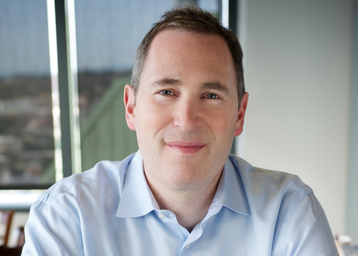 “Tens of thousands of customers in India are using AWS from one of AWS’s eleven global infrastructure regions outside of India,” said Jassy. ”Several of these customers, along with many prospective new customers, have asked us to locate infrastructure in India so they can enjoy even lower latency to their end users in India and satisfy any data sovereignty requirements they may have.”

Jassy believes that India could be one of AWS’s largest regions in the long term with big local players including Tata Motors, NDTV, Hike, PayTM and Druva.

Tata Motors, an Indian automobile manufacturer which is part of Tata Group and is based in Mumbai. runs its customer portals and telematics for its fleet management system in the AWS cloud. The company also used AWS to develop a parts planning system to forecast spares demand by using ordering and inventory patterns.

“Whenever we plan on rolling out a new project or experimenting with a new technology, AWS helps us in quickly provisioning the required infrastructure and enables us in getting up and running at a fast pace,” said Jagdish Belwal, chief information officer of Tata Motors.

NDTV, a media firm with TV channels watched by millions, has been using AWS since 2009 for its video and web properties. NDTV replrts that AWS allowed it to scale rapidly to meet high demand during the May 2014 general election, when traffic rose from 500 million hits per day, to 13 billion hits on election day, with peaks of 400,000 hits per second. “We have been an early adopter of AWS and the benefits that we experience is beyond just cost savings,” said Kawaljit Singh, CTO of NDTV Convergence.