Apple Cloud, brought to you by Amazon 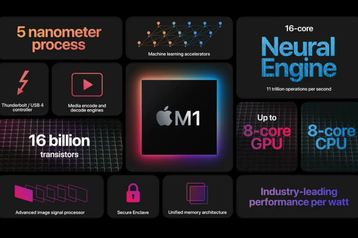 AWS first launched Mac instances back in 2020, but that version relied on Apple's Intel-powered hardware - featuring a six-core Intel Core i7 processor and 32GB of RAM.

Access to the Apple-designed M1 System on Chip (SoC) over the cloud is targeted at Mac developers looking to work with the new hardware, as well as developers building for iPhone, iPad, Apple Watch, and Apple TV will also benefit from faster builds.

In a blog post, AWS principal developer advocate Sébastien Stormacq detailed a trial project on EC2 M1 Mac. "The new EC2 M1 Mac instances complete this set of tasks in 49 seconds on average," Stormacq said. "This is 47.8 percent faster than the same set of tasks running on the previous generation of EC2 Mac instances."