Google parent will have no stake in the business

Alphabet will have no stake in the company, but a number of Google employees are on Sandbox AQ's board. 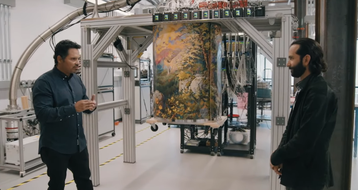 The company plans to develop enterprise software that uses quantum technologies to "address pressing global challenges," including cybersecurity, drug development, and clean energy. It aims to explore the intersection of quantum computing, physics, and AI.

The company is led by Jack Hidary, who was appointed to start the business by Google co-founder Sergey Brin. Hidary will continue to run the company, along with 55 employees. It will use its new funding to hire more AI experts, physicists, and engineers.

The business is separate from Google's core quantum efforts, which focus on building quantum computers.

Wired first detailed the existence of a second quantum computing team within Alphabet in 2020. What exactly Sandbox is working on isn't clear; previous reports have described the company looking at how to use classical hardware designed for machine learning & artificial intelligence – such as Google's tensor processing units (TPUs) – to simulate quantum computing workloads.

Reports the Sandbox was looking to spin-out of Alphabet surfaced earlier this year.