Will offer 180MW of critical load once complete

At full build, the site is expected to offer a million square feet (93,000 sq m) of data center, office, and amenity space, as well as 180MW of total critical load - 120MW of which will be added during this phase. 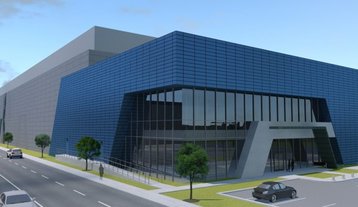 “Ashburn continues to be a critical growth market and we’re excited to embark on delivering the next phase of capacity in ‘Data Center Alley’,” Andrew Schaap, CEO of Aligned, said.

“The sophistication of customers, as well as the level of development and demand in the region, require unprecedented speed to market and solution versatility that pushes beyond the boundaries of traditional data center construction and operational methodologies."

Northern Virginia is considered to be the largest metropolitan colocation market in the world, with Loudoun County's Ashburn also home to the world’s densest fiber network.

For the next issue of DCD>Magazine, we talk to Aligned CEO Andrew Schaap about the company's new business strategy, and the fate of its subsidiary, Inertech. Subscribe for free today.