Alaskan telco MTA is building the first terrestrial fiber cable to connect Alaska with the rest of the United States, crossing through Canada to do so.

The AlCan ONE link will stretch from North Pole City in Alaska, into Canada, where it will connect to Canadian carriers and thence to the rest of the US. MTA's subsidiary, MTA Fiber Holdings, has begun construction, and says it will be finished mid-way through 2020. 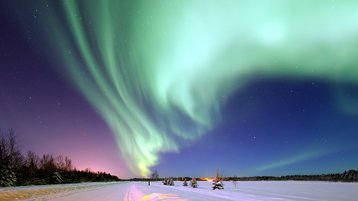 “Alaska’s leaders have talked about a terrestrial fiber optic path out of the state for more than 20 years," said CEO Michael Burke, in the MTA press release. "We are pleased to be the ones to be able to make this a reality. This will be a major win for the people who live, play and work in Alaska, supporting business, job growth, and ultimately, the state's economy."

Although the system makes use of Canadian fiber, MTA says it will only carry traffic that both originates and terminates in the United States.

Alaska is separated from the rest of the US by Canada, and its networks are currently connected to the rest of the country by a number of submarine cables landing in Washington State. Some of these have been reported to be nearing the end of their life, and MTA says they are expensive to use. Alaskan customers get much slower Internet connections than any other US state, according to a recent study by HighSpeedInternet.co: they only have 17.3Mbps on average, which doesn't meet the US definition of broadband as 25Mbps.

The cable will stretch from North Pole City, and beburied alongside the Alaskan highway, a road built by the US through Canada, during World War II to provide a connection to the US' outlying Northern State. The 270-mile (434km) section along the highway will be buried several feet underground. This saves maintenance costs as the cable can be maintained regularly along with the highway.

A dedicated Alaskan fiber cable could make it more attractive for the big players like Google and AWS to build infrastructure in the state. The cold Alaskan winters would allow for cheaper cooling, which has attraged players such asFacebook and Google to the Nordic nations.

The choice of North Pole as a starting point may seem eccentric. The small town near Fairbanks is mostly famous as the home of Santa Claus; it has a tourist industry, and US letters addressed to Santa are directed there, and answered by volunteers. However, the town is also close to the start of the Alaska highway, and is on MTA's existing fiber infrastructure within Alaska.