Will we ever have a set definition of the Edge?

We talk about the Edge a lot. It is one of those really exciting areas of the data center industry, one that will likely enable technologies like the IoT, AI and smart cities to become wide-spread and a part of our everyday lives.

But what seems apparent from our recent discussion during the Building the Edge broadcast series about a hot Edge project, DataQube which was a runner up in the 2021 DCD Awards, is that none of us really agree what the Edge is.

As Mark Howell, technical expert IT facilities engineering & manager at Ford put it, “The Edge seems to mean something different to pretty much every person and every company you talk to.”

Is Edge a location? Is it the size of a facility? Is it the applications the facility enables?

As Howell explains, when it comes to data center facilities, they more or less have the same purpose.

“In data centers, there is telecommunications equipment, compute – however powerful it happens to be, and media storage. These are the three things that are hosted in data centers, large or small.”

So is Edge just a hypothetical? A trivial point drawn on a line? 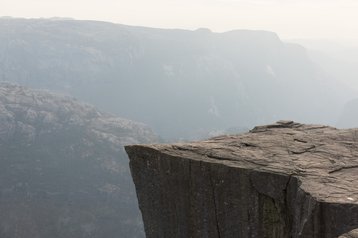 Sameh Yamany Ph.D, CTO at Viavi Solutions, while admittedly agreeing that the definition of Edge is somewhat subjective, argues that Edge is a matter of latency. What that latency is, depends on the type of company you are.

“Sometimes we describe the Edge as where is the most critical application. Delay is one of the major characteristics that says what is the Edge and what is not. For example, a service provider providing gaming services, for them mobile Edge computing is the first axis where the gamers will play. Edge is this location where you need to provide below one second of delay.

“The definition of Edge depends on the application and the requirements of the network.”

David Keegan, CEO of DataQube, instead believes that Edge simply has not yet been defined, and that is the exact reason why it is so important to get involved. An industry that is not yet restricted has many more possibilities – and it is how the company came up with the podular build (think modular… But more podular.)

The result is an entirely adaptable facility. One that can be as few as one pod to a module, or 100. A facility that could, according to David, even be popped on the 20th floor in Canary Wharf.

Entries are now open for the DCD>Global Awards 2022! Explore the categories & submit your FREE entries here