Knight Frank’s Adeline Liew talks to DCD about the industry, and how training can help organizations to keep pace with its relentless growth

Two years is less time than it takes for a student to obtain a bachelor’s degree; information learned in the first year of education could be redundant by graduation day. 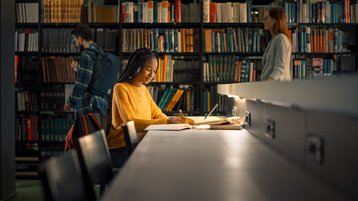 “If universities evolve, professors will start changing. The veterans will retire, the next generation of professors, people, and our peers will start seeing things differently.”

But, for now, data center management does not necessarily have a place in university education, even though you can study golf-course management, an indisputably less critical industry. This could be for a variety of reasons, and it could be challenged.

“It's not a career that's widely publicized in university. It isn't mainstream – there's no minor in data center management. It's more about building awareness, and maybe doing more university drives, career fairs, guest speakers, or people who are looking for new talent to actually go and engage universities.”

“I see people majoring in AI or machine learning. So, maybe they will one day major in data center operations.”

Regardless, for the time being, data center management is not on the curriculum in academic institutions. Instead, it is pushed into other kinds of learning – short-term and practical-based courses like those offered by DCPro.

But the unavoidable truth is, that with such massive demand training has become a global necessity. In Asia, this is only magnified by the massive population.

Upskilling is a constant battle, everybody has to keep learning. If not, you get eliminated in today's society. Adeline Liew

“Most of the world’s population is in Asia. 170 million in Indonesia, 100 million in the Philippines, and 60 or 70 million in Thailand. You're seeing a lot of significant growth, with a lot of young people who are hungry for data. And, on top of this, the huge skills shortage is here. That being said, I think a lot of people are more aware of data centers and, for Knight Frank, we use DCPro to send our employees on a variety of courses. Upskilling is a constant battle, everybody has to keep learning. If not, you get eliminated in today's society.”

This population growth has brought with it a thirst for data in locations that were previously considered to be undersaturated markets. 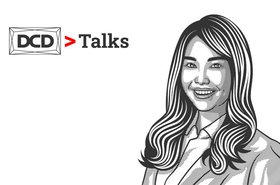 Adeline Liew, Data Center Lead at Knight Frank, talks with Vlad-Gabriel Anghel about the growth of the APAC data center market and the importance of upskilling within the industry.

“It has been clear to us at Knight Frank that locations such as Cambodia, Malaysia, Taiwan, Thailand, and Vietnam, are coming to the fore, with both US and Chinese cloud seeking to find significant capacity in these countries. Over the last three years, we have seen cloud commitments grow from a single megawatt to three to four megawatts.”

And Asia’s data center industry is showing no signs of slowing down – quite the opposite, with fast growth across almost all of the vast continent’s many nations. In order to keep pace, data center operators must tackle the skills shortage, starting from the beginning, and attracting fresh blood into the industry.

Listen to the full interview here: