In the future, healthcare will be as much about 'predictive maintenance' as it is acute care – and that will require fast, well-cooled local processing power, says Iceotope's David Craig

Healthcare in an aging world will require powerful compute running a vast array of AI-powered applications to manage people’s conditions. And these applications will need to be running on locally hosted ‘edge’ data center installations given the cost, network demands, and latency of running such applications in the cloud.

That’s according to David Craig, CEO of liquid cooling specialist Iceotope, presenting at this week's DCD>Building the Edge virtual event. 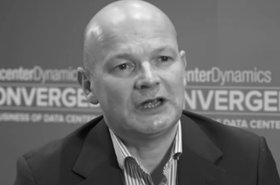 Conference Session Taking healthcare to the Edge: An AI-driven transformation

“If we were to think about what healthcare in 2030 will look like, it will be more an AI-powered, predictive approach, with a much better focus on better patient outcomes,” claimed Craig.

In terms of diagnostics, one of the reasons that fast, local processing power will be required is because, often, this will need to be performed just before surgery. For example, cancer operations, chemotherapy or radiotherapy to ensure the treatment is as well targeted as possible.

On top of that, there’s the prospect of AI being used to provide a form of ‘predictive maintenance' for the human body, potentially capable of picking the early symptoms of conditions, such as Alzheimer's disease or cancer before even the patient is aware of it.

“One of the most respected research communities in the UK has done a lot of work in Huntington's disease and things like Alzheimer's, dementia and so on. These are diseases of old age… in studies, they've been able to use machine learning to be able to identify [the early symptoms of] Huntington's disease in 40 percent of the time that it takes today with all the best available approaches.

Healthcare in 2030 will be more an AI-powered, predictive approach, with a much better focus on better patient outcomes David Craig, Iceotope

“Huntington's isn't something you can necessarily cure, but it is something you can arrest. So if we can use these techniques to much better identify things earlier and quicker, then we have a real opportunity to be able to arrest them long before they become terribly debilitating,” said Craig.

But what does this have to do with edge computing and, indeed, liquid cooling?

Artificial intelligence is highly processor intensive, typically requiring banks of GPU-powered servers, as well as bandwidth-heavy, said Craig. Hospitals and other major care facilities will need to keep their processing power local in order to be able to perform the various scans in a timely and cost-effective fashion. Liquid cooling, meanwhile, will help keep cooling (and therefore power) costs down. In some parts of the world, liquid cooling can now cut total power costs by as much as 40 percent, he suggested.

Furthermore, according to Craig, liquid cooling also means fewer hardware failures because the electronics can be kept in a much narrower temperature band.

Given the almost limitless demand for healthcare, especially as populations age across the world throughout the next century, doctors will need all the assistance they can get in order to keep up with the debilitating conditions of old age that their patients will bring them, said Craig.

“We need to use these tools to work and think and act smarter. So if you look at all the plans of the major healthcare groups and companies, AI, digital imaging, and other technologies are the core of their ability, not just to transform, but to be able to cope over the coming centuries,” he said.

Missed DCD>Building the Edge? Take in every presentation on-demand.

Fill in this form to watch this Iceotope session on-demand.