Andrea Ferro is VP EMEA Technology Application and Market Development at Vertiv. He talked to DCD about the new role he expects the ‘standard’ UPS to play, not just regulating data center power and providing instant back-up, if required, but as an energy hub bringing in a variety of sources of power. 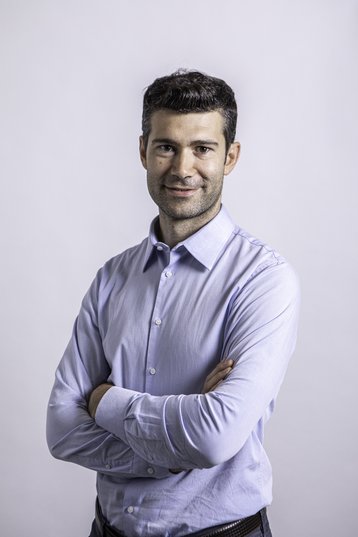 Andrea Ferro – Traditionally, the UPS has been a device that provides both power continuity and power protection, so it provides continuous reliability for any critical load that our users might need.

The UPS doesn’t just provide uninterruptible power, it is also connected both to the upstream infrastructure and to an energy storage element. So, it's not just a power converter, it actually does ‘power conditioning’. So, we improve the electrical characteristics of the critical load with the inner end architecture and controls that are embedded in the UPS.

On top of that, we’ve developed new capabilities, tested with a number of customers, that could make the UPS an energy hub. Today, with the UPS, we do it just with the grid, and one form of energy storage, which is conventionally VRLA lead-acid batteries.

But the UPS could be a device from which you take multiple power sources. More broadly, this could be from lithium-ion batteries, solar power, or another type of renewable energy; or it could be still from the grid, but it could also be a combination of gas co-generator plus a fuel cell.

So it becomes an energy hub where all these energy sources flow to, and the UPS is intelligently selecting which one should be used at any one time. That gives us the opportunity to leverage a variety of energy sources. That becomes particularly useful when we start looking at edge data center applications, where users may be constrained in terms of grid availability, or be faced with emission limits related to diesel back-up engines.

Conference Session UPS’ are now enabling revenue-generation. Can you benefit from demand response?

This could be a big innovation in the way we use the UPS.

The other really interesting element about the UPS is the flexibility it offers in terms of demand-response and grid ancillary services. If we look to how the energy market is changing, we see increased penetration of renewable energy in the energy mix. But this is creating fluctuations in the generation of electricity for the grid.

We’ve also seen the dismantling of some of the very large energy generation plants, particularly coal-power plants. This has significantly reduced the inertia we had in the generation system that was fundamental to keeping the grid stable. More and more renewable power, means more intermittency and more fluctuation.

Grid operators are desperately looking for devices that will help them stabilize frequency across the grid. And the UPS is perfectly positioned because we already have a huge installed base across the globe of UPSs that can actually provide grid stabilization and frequency response services, which can help the grid operator better control the grid.

We have an opportunity here, where the data center could actually help accelerate the adoption of renewable energy in the energy mix Andrea Ferro

DCD – Which customers have you been testing this with?

So it's been a work in progress over a number of years.

After that, though, the situation slowed down in terms of new installations because energy prices halved, increasing the risk that the return on investment might not be there.

So we slowed down in terms of new installations, but at the same time the situation evolved for a couple of reasons. First, lithium ion battery technology evolved significantly, with costs improving dramatically over the past three years. Second, particularly in Europe, regulation evolved and the price level for these services stabilized.

Now, the cost of the storage technology has significantly declined and we’ve started to do some of the most interesting behind-the-meter experiences and demonstrations, actually starting from last October.

DCD – You mentioned being able to intelligently switch energy sources, but how would this work?

Andrea Ferro – That’s our vision; that’s where we’re going. But today, the key focus is more on the demand response to the grid ancillary services, which is something that is ready to be monetized right now.

DCD – What is demand response and how does it work?

Andrea Ferro – You can do grid ancillary services, where the data center operator provides a service to the grid operator, providing a potential new revenue stream. Normally, it’s an aggregator that has the contract with the grid operator and manages the trading element and the tendering process, specifically related to the grid ancillary services frequency response in various forms. That requires a super-fast reaction because it’s all about stabilizing the grid; it’s not something that we do for 30 minutes or an hour, we’re talking about seconds or just a few minutes at the most.

Then, you have demand response, which is more related to load management. This is different, country by country, but every country has a similar scheme, where you have the cost of energy that could be really high at particular points during the day, so you have a different mechanism on the electricity bill.

Here, we’re not talking about a revenue stream, but savings on the electricity bill that you can generate.

In the UK, for example, there are trials during winter when if you consume energy on certain days the energy cost is going to be extremely high. If you can avoid that time during the year, or reduce energy consumption from the grid during that time, you can make a massive saving on your electricity bill. 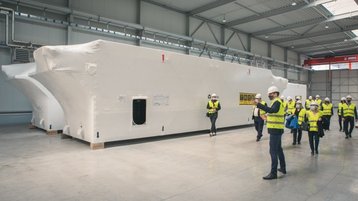 DCD – What differences will all these additional functions make to replacement cycles and maintenance of the UPS in the data center?

Andrea Ferro – The UPS normally operates in double conversion mode. So nothing really changes from a UPS standpoint; we are not pushing the UPS to operate in an overloaded condition or anything like that. So the UPS will continue to work as normal. The only element within the UPS that is going to be used more frequently is the DC-DC converter – the part that is connected to the battery.

That’s the only part that we actually modified, or strengthened, within the UPS. Before it was designed, let's say, for temporary duty. Now it is designed for continuous duty.

That’s the only modification we’ve done in the unit, and the extra cost is marginal. All the testing we have done over the past year has been concentrated on validating the longevity of the components that are going to increase the frequency of usage within the UPS. Then there is the battery element, which is a completely separate discussion. That is very much linked to what we said earlier on lithium ion battery technology evolving.

We could do some of these services with normal VRLA batteries because the incremental cost is minimal, but the ‘opportunity revenue’ you could generate from it is marginal because the cycling of a VRLA battery is very limited. Lithium ion batteries offer much better performance in terms of cycling. That was a keystone in terms of making this technology really available to the market, because lithium ion battery technology was extremely expensive just three or four years ago. Now, instead, its come closer to VRLA batteries, but with the added benefit of thousands more cycles available, by default, from your battery.

Grid operators are desperately looking for devices that will help them stabilize frequency across the grid Andrea Ferro, Vertiv

DCD – What kind of data centers do you see taking advantage of this?

Andrea Ferro – To participate, you’ll need to have a minimum megawatt size in order to contract with a grid operator. This will depend on the country – it could be one megawatt or it could be five. To make it accessible to much smaller operators there are a number of aggregators in the industry, who add together all the loads and manage the service for the grid operators.

The larger players clearly have an opportunity to do that direct, themselves.

One element, which is very interesting and which we’re discussing with a number of aggregators, is where they will completely finance the UPS surplus or energy storage element for the user who, effectively, benefits from an 'as-a-service' model whereby they just pay for reliable power continuity by the kilowatt hour. They won't get any revenue, but they would not have to pay the upfront cost of their UPS and battery.

DCD – So what interest have you seen from utilities?

Andrea Ferro – We are not working directly with utilities too much, yet, but we have investigated a few in Britain and Ireland. Both National Grid in the UK and Ireland’s EirGrid are really active. They have even bigger concerns with grid stability given how their networks are interconnected with other countries.

The Nordics is also quite an advanced market, but Eastern and Southern Europe are still a little bit behind in terms of regulation and, especially, in terms of private investment participation. There is very strong interest from the grid operators, but their markets are relatively closed. So, in those markets, you’ll probably have a few more actors in the middle to go through in order to be able to participate.

The UPS could be a device from which you take multiple power sources Andrea Ferro, Vertiv

DCD – How interested do you think data center operators will be when this technology becomes fully available?

Andrea Ferro – I think this is actually super critical for the data center industry because the industry is growing really, really fast. And, as the industry and its energy consumption grows, it’s not going to get any better from an environmental standpoint unless we do something. In fact, we are just going to consume more and more energy if we want to be able to continue to stream our videos and do all the things that we love.

But we have an opportunity here, where the data center could actually help accelerate the adoption of renewable energy in the energy mix. That is really one of one of the key elements of of this technology, enabling the UPS to be able to really contribute, not just in terms of improving power consumption, but to design-in flexibility to the data center, and to better enable green energy use.

With many new data centers today, companies are striking renewable energy purchase agreements so that they can buy clean energy, but there is no physical link between the two. So, yes, it's very that they are buying from somebody generating clean energy, but they are not addressing the physical constraints of the grid. This technology can actually help address those physical constraints in the grid and address the issue of grid stabilization, which is threatened when too much renewable energy is injected. I think that is key.

That opens a huge opportunity, not just for data center operators, but any large facility that has a significant grid connection, such as a large manufacturing site. So we have an opportunity to introduce UPS with energy storage to industries that do not use them today, giving them the flexibility to transform the way their energy is produced and distributed, while contributing to the stabilization of the grid.