Who pays for critical infrastructure, in an everything-as-a-service world? 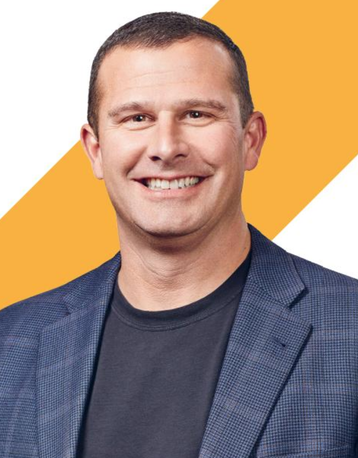 Critical infrastructure company Vertiv has taken a long hard look at its business and has come to a painful realization, according to CEO Rob Johnson: “We provide a necessary evil,” he told DCD. “People don’t want to own it.”

That’s a tough pill to swallow, but it’s true. The company, which spun off from Emerson Electric in 2016, is justly proud of the products and services it offers, mostly in power distribution and backup. But, to the customers, those products are just a means to an end.

The customers want reliable computing. To get it, they have to have reliable power. So they will buy batteries, UPSs and power distribution if needed, but Johnson admitted in an interview: “No one wants to own the physical infrastructure.” They’d much prefer to have power, battery and UPS provided as a service. “We have to do business the way our customers want to do business.

“It’s the way of the world,” he explained. “Millennials don’t want to own anything. They want to pay for things in chunks as they use them.”

It’s important to understand this, because it crystallizes a lot of other things, he said. Just like every other CEO, Johnson told us his company is moving more towards selling “solutions” and “focusing on the channel.”

Those might sound like clichés but, in Vertiv’s case, there’s real meaning behind them. The solutions it develops are packages that start from customer needs, and its channel work is about finding the link in the supply chain which is best able to foot the bill and monetize the product.

“We are doing some things today, working with telcos, where they pay a monthly fee,” Johnson said. “That is where the world is going.” With the rise of ride-sharing apps like Uber, and self-driving cars moving closer to reality, consumers are beginning to consider letting go of even the most high-status possessions - and data centers are moving even quicker.

“Hyperscalers are doing deals with colos, so they don’t own the space,” he said. “They are counting on SLAs. Now that is moving to the M&E infrastructure as well.”

This model will never be universal, he said: “There will always be organizations like banks, that need to own the physical assets, because of regulations.”

This change is just part of several developments happening simultaneously. The most notable is the transformation of Vertiv itself, from a division of Emerson into an independent company. After 18 months, Johnson says there are real results: “Emerson was customer-focused, but our organization structure can take the innovation dollars and focus on solving real problems.”

A big part of that change involves Vertiv adopting the same solutions which the industry is selling to its customers: the much-hyped road to “digital transformation.” Applying digital techniques to its own internal processes and customer interactions is delivering hundreds of millions of dollars in benefits, he told us.

It also enables the fundamental shift in customer relations, enabling the company to replace some of its products with pay-as-you-go services: “We traditionally had a direct sales model, but we want to be more channel-friendly,” he said, adding, “part of our transformation is to go from point products to solutions.”

"That’s a really interesting model to see - the hyperscalers will always own half the capacity, to keep the colos honest.”

And Vertiv is driving its solutions further into the white space of the data center. “We haven’t participated much on the data center floor,” he said. This is set to change now, as Vertiv plans to provide the entire mission critical stack, standardized globally as far as possible.

This model could effectively allow the company to provide a complete data center, or at least the supporting infrastructure, but it won’t sell data centers itself: “We use appropriate general contractors, not just looking at individual pieces, but looking at the entire system, from power to thermal, down to making the racks ready for servers, and power distribution to the racks.”

Meanwhile, the data center sector continues to be both the origin point and the victim of rapid change. Johnson sees three areas of interest set to shape the market: hyperscale and colocation are rapidly growing; and then there’s the much-hyped Edge sector.

Starting with colocation and hyperscale, he says these fields are converging: “The two worlds were completely different,” he said. Roughly speaking, hyperscale was bigger than 50MW, and colo was anything smaller.

But now, hyperscale providers are buying capacity differently. They may buy it from wholesale colocation providers, so the difference is truly eroding: “Over the last 18 months, we’ve seen hyperscalers doing half their capacity themselves, and half with local colos,” Johnson told us.

"That’s a really interesting model to see - the hyperscalers will always own half the capacity, to keep the colos honest.”

The hyperscalers are also buying capacity in smaller chunks, because their products are becoming more speculative: “When Azure, Apple, Google and the rest want to launch a new product, they aren’t sure what the demand will be,” Johnson said. “So they want to build in bite-size chunks. They may only need two, three or four megawatts at a time.”

The cloud providers also chase each other round the globe - so if Microsoft extends Azure to a new country, Google will want to be there too, and if it’s not there already, Amazon will also move in quickly: “They try to keep their plans secretive, but we work with all of them."

With demand growing rapidly and in small increments, Vertiv is packaging up its infrastructure into building blocks, putting everything required for 3MW to 4MW of colo or hyperscale capacity on a single power skid.

This pre-packaged approach has another benefit, one he returned to later in our talk: “There’s a huge shortage of talent, and one way of getting round this is to pre-engineer it in the factory, and ship it out for a final install.”

With cloud and colocation covered, we turned to the Edge, bracing for a blast of the kind of evangelism that’s become somewhat customary, as vendors tell us that Edge capacity is a huge change and a giant opportunity.

To our surprise, Johnson was much more cautious: “We’re seeing the beginnings of growth in the Edge.” Like anything new, he said, the Edge will be over-hyped, then when it can’t live up to the hype, it will likely be under-invested in. Vertiv wants to avoid these extremes, by addressing the actual needs of digital companies.

“The reality,” said Johnson, “is that the edge is happening.” But the industry needs to understand that this is not a single market: Vertiv, for example, believes there are four main Edge “archetypes” or variations on the Edge use case.

Edge will appear in unexpected ways, Johnson said. For instance, traditional retailers trying to compete with a new generation of online businesses will use their brick-and-mortar sites for edge capacity, adding small-scale, high performance IT resources on-site.

Retail is an Edge case which is actually taking off, he said: “As retailers upgrade their infrastructure, at retail stores as well as warehouses, they are using their presence to ship locally. And this means availability is becoming more and more important.”

The other big Edge opportunity is for telcos to install equipment at cell towers and fixed line telephone exchanges. Both types of locations are giving telcos an advantage over traditional colo players, enabling them to become a local computing provider: “We’ve seen this in China,” Johnson said. “The traditional telco will take an exchange and convert it into space for local compute colocation, perhaps putting in a four to five rack data center.”

Phone exchanges have a building but cell towers usually don't, so they need a different class of equipment adapted for purpose: “Cell towers need hardened data centers on the site, in a container or a small building.”

Whether it’s at cell towers or fixed line exchanges, the telco Edge is something he welcomes: “We’ve been in the telecoms space for a long while.” And it's no surprise - Vertiv is set up to provide the DC power plant favored by telecoms providers: “We understand what to do with the DC power business, the AC power business and the combination thereof.”

One major difference between the Edge and older architectures is the need for remote management and security. The Edge capacity in the field will have to be controlled from a distance, and operated in a lights-out environment, with only an occasional visit from an engineer.

As a specialist equipment provider, Vertiv has to be on top of technology changes, and Johnson talked knowledgeably about changes in refrigerants, as well as the variety of lithium-based batteries on offer, along with the rules which regulate their use.

Even though it’s a new chemistry with different safety requirements, he sees lithium as a big opportunity once those are understood: “It’s going to be great. It’s what we need to move to.”

“The industry is lacking talent for building and operating data centers. We just don’t have enough youth coming forward and being trained. And those in the industry are coming up for retirement.”

He also predicted that micro-grids will make some big strides, with more energy storage in data centers, and more sites will want to distribute power at medium voltage - and promised Vertiv will lead there.

But Johnson's biggest concern is not the market, or the technology. It’s the skills, and getting the younger generation involved. “The industry is lacking talent for building and operating data centers,” he said. “We just don’t have enough youth coming forward and being trained. And those in the industry are coming up for retirement.”

To this end, the company has several hundred interns around the world, but there is no magic bullet for the crisis. Johnson wants to raise awareness in schools, and amongst people who currently might not consider a career in data centers: “We are working hard to bring more diversity and more women into the product management areas.”

Artificial intelligence also addresses some of the problems. “Without AI, we are not going to get predictive failure analysis,” he said. He wants augmented reality too, to help data center staff learn with AI guidance.

This approach needs more and more sensors on the equipment, and multi-talented staff who can - with AI support - pick up tasks across a diverse range of hardware.

In the end, Johnson wants AI to become a “trusted colleague,” but admits we are still in the early days of the technology.

That’s a vast range of products and services to cover, and some of the areas could demand expertise in the form of acquisitions, like the recently purchased Energy Labs and Geist. More Vertiv acquisitions could be on the cards, he hinted, as they bring in useful new technology.

"[Since the spin-off] we’ve really flattened our organization to move quickly and make quick decisions. We can decide where to spend our R&D dollars, and we don’t have to compete with the other parts of the organization."

Overall, he said Vertiv is the right size to act “like a $4.4 billion startup.”