Good friends, do not let their friends build data centers

Should we still be recommending on-premise data centers?

At our recent DCD>Connect New York event, our very own Stephen Worn brazenly put out the question to our panelists: “Good friends do not let their friends build data centers. Let's be honest: don't build your own. You're an enterprise. Why are you building it?”

And the fact is, it’s a very good question, and one that many seem to have been asking themselves over the last few years.

Enterprise facilities are decreasing at a steady rate as more companies put their data and computing into colocation or cloud facilities. But why is this happening? What is the logic behind it? 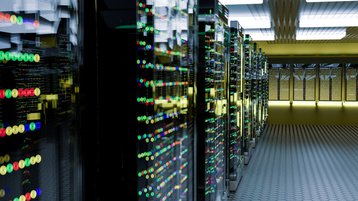 “There's no reason for you to be building and operating your own data centers when there are plenty of third parties that do it for a living, that have done it 50 times before.

“A lot of this is almost philosophical, religious almost in terms of some of the biases that drive it [desire to stay on-prem]. But I think if you just looked at the dollars and cents, the technical cost benefits, I can't see why you'd be building your own facility.”

“A long time ago here in the New York area, especially on Long Island, there were very wealthy people who had their own power plants in their backyards in the early 1900s. They generated their own power so that they could have electricity in their home.

“Eventually, someone came along and ran a wire through the neighborhood and everybody had electricity. You don't really care where it comes from as long as when you walk in the room the lights are on, and that's how the data center world has changed over the years. I won't say it's commoditized by any stretch of the imagination, but it's professionalized. To the point where someone else can probably do it better.”

Despite this, there are still some arguments in favor of keeping on-prem. Even Charles Hoop, who agreed wholeheartedly with Stephen, admitted that there are some circumstances where it could make sense.

“I was pretty categorical when I said you shouldn't let your friends build a data center. But there are data centers that are already built, and they have long lifespans. At that point, it's not always cut and dry exactly what you should do with it. There can very well be cases where you should keep it for a while, for whatever reason. And if you're keeping it for a while, it's almost more important than ever to have fantastic maintenance on it and make sure you have experts that are taking care of it because otherwise, you risk an outage” 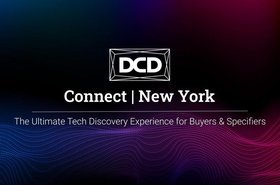 Conference Session Major Panel: Where next for Enterprise data center strategy; where does on-premise fit into the equation?

In other words, the data and computing that keeps our key systems up and running, that support critical medical devices or banking systems.

However, regardless of where you stand on the enterprise-debate, the fact is the sector is seeing a decline, and if it doesn’t level out it could eventually be the death of on-prem.