What are the next stages of data center automation? 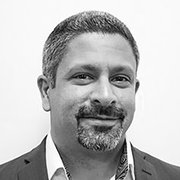 CBRE and Virtual Power Systems assess the realities of data center automation today, and the challenges that need to be overcome to create solutions for tomorrow.

Data centers are the factories of the information age, but just how are these factories run today and how much might automation such as robotics and AI replace humans, in the way factories in many other industries have become largely automated over time?

On CBRE’s podcast series “The Big Debate – Will Robots & AI replace humans in the Data Center?”, Zahl Limbuwala speaks to data center experts on their views. Where is the industry headed? What are the ramifications? How will the next generation of data centers operate?

Limbuwala serves as Executive Director of Strategy for CBRE’s Data Center Solutions, the largest outsourced operator of data centers in the world. In this featured episode of the podcast, Limbuwala is joined by Virtual Power Systems CEO and Infrastructure Masons co-founder, Dean Nelson to discuss the realities of data center automation today and how to overcome facilities challenges to create solutions for the future.

Today we can bring you a little flavor of the discussion, in these exclusive extracts from the podcast.

Zahl Limbuwala (ZL): When we talk about automation within data center facilities how broadly should we be thinking - control systems, AI & ML systems, remote monitoring, robots, what does the future have in store for us?

Dean Nelson (DN): Let me start with this - automation is great, but automation for automation’s sake doesn't truly solve the full problem. I look at this as you can streamline a lot of pieces, but you can still have the same problem, because the automation is not connected end to end. Let me give you an example of this - when I stepped into the CEO role at Virtual Power Systems, we hit the reset button.

We walked in, pulled the team together and said, what problem are we solving for the customer? And that led to a lot of discovery. We had a big discussion about what the future truly looks like. What do people accept as norms for data centers that we should not accept? We came up with a vision around this one that I think resonates with your question. The vision is that we want to enable autonomous digital infrastructure for a better world. 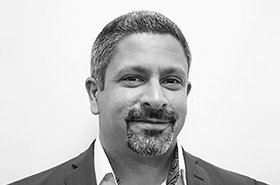 I see this just like an autonomous vehicle. During my time at Uber, we had a lot of fun with the Advanced Technology Group – they were the ones driving innovation around autonomous vehicles. They were trying to understand how the pieces fit together what level five autonomy was. To achieve true autonomy, you need a program for those vehicles that can manage any situation - it can think act and adapt on its own, like a human. Level five, autonomy is very difficult, but I look at that autonomous digital infrastructure in a very similar way.

We should let the data center drive itself. If it has all the inputs from that myriad of different systems to make the decisions, optimize that environment and adapt to those changes, then it can run itself - but there's a lot to that. It's an ecosystem where all of those parts need to work together in harmony to maintain that balance. That means that those components should be part of that bigger orchestration system.

The bottom line is that I believe that we need to treat the data center as that system, just like an autonomous car. Like autonomous cars we’ll need tons of sensors, cameras, LiDar, and all that data is pouring into a central system that is able to rapidly understand react and adapt to those changes it sees on the fly.

The only we can make this happen is if we embrace a software-defined approach. Software needs to orchestrate those large complex systems so that it can maintain the performance expected, but also enable dynamic efficiency and uptime - you can't compromise those. We will have robots doing maintenance. We will have RFID tags the size of grains of sand tracking everything everywhere in real time. That's what the future is going to look like.

We will have RFID tags the size of grains of sand tracking everything everywhere in real time. That's what the future is going to look like. Dean Nelson

ZL: The speed at which technology moves inside the rack is very fast but when you come outside the rack, you’re generally in the old mechanical world of rotating equipment, bearings, pumps, chilled water, big air handlers and the communication protocols that go along with that world. There’s technology out there today that would help pull together these two very disparate worlds. Is that the solution or are you better off doing this through a refresh?

DN: The legacy environments have limitations. These data centers are designed with these control systems in a certain manner that might be 5-10+ years old and you still have to operate them in that way. Eventually there will be a refresh opportunity but, in the meantime, you still have to figure out a way to bridge.

To me, there are gateways that allow you to be like a Rosetta Stone - to translate between these different protocols. But ultimately, it gets back to IP, that's going to go to some control system, monitoring system or planning system.

The definition of a software-defined data centre, was using a system to orchestrate all these components, but it's been narrowed to compute, storage and network, but we're missing the power and cooling element. It's the facility side that isn't really software defined. There are people in our industry that have done this stuff, but not fully integrated into the actual platforms. That's the issue here. We don’t approach things that way in our industry.

ZL: It's been well reported in the industry that the predominant cause of failures and downtime in data centers is human error. There's a very simple logical line that you draw to say that if we take the humans out of the equation, then we end up with a higher level of uptime. Yet we've got this dynamic of a risk-averse environment with a lot of technology that isn't tried and tested.

Is there an in between stage where there are humans supervising the technology and technology supervising the humans before we go to full autonomy? Using your autonomous care at level five example, is there a level three for data centers?

DN: I'll give you an example of that. Over at Uber, there would be a “safety driver” sitting in the car and they would turn on the autonomy. The only reason they’re there is to observe what the car can't observe because it doesn't have cognitive or dynamic thinking yet. The system tracks that a human just took over, they capture everything around it, look for what was different and then train the model again.

So, they’ll do millions of miles of safety drivers and the system will get smarter. This same approach needs to be done in the data center. There's a reason we have engineers in those centers - their intuition is better than the systems because the systems are just waiting for something to happen. We have to take that knowledge from the people who do this every day and get it programmed in these systems. That's the only way we get to the higher levels of autonomy.

Want to hear more? Then listen to the rest of this fascinating discussion on the CBRE Data Center feed on Spotify.