And if data center builders want to keep a lid on ever-rising costs, they need to keep the installation of supporting infrastructure to a minimum from the outset.

That’s the advice of seasoned data center builder Peter Sacco, founder and CEO of PTS Data Center Solutions, who claims that it is possible to drive down costs by around 25 per cent or more, simply by being more disciplined on design. 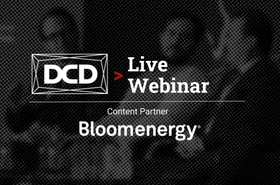 On-Demand The Data Center Reimagined: Lower Cost to Build and Operate Your Facility

While that may sound somewhat challenging, the only way in which these potentially conflicting demands can be satisfied is by designing, from the outset, to install “the minimal amount of supporting infrastructure needed to achieve [your desired level of] resilience,” said Sacco. “If you do all that, you improve all four, simultaneously.” Costs, of course, will also depend upon the desire Uptime Institute tier (or equivalent) that the operator wishes to achieve.

However, he continued, being disciplined in terms of supporting infrastructure installed should have a number of benefits. “One, you can design more quickly. If there’s fewer things to put on paper, there’s less interconnection between them. So, therefore, you can build some standardization; your designs can be adapted and adopted for any unique situation that your data center presents, very quickly.

“Second, if there’s less equipment and less interconnectivity, it can be built faster because… there’s also the labor required to build it and the coordination between all those trades, so we can drive labor costs down, as a result. 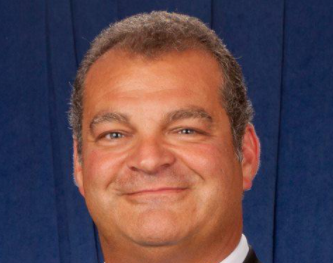 “I’d also argue that you should use modularity wherever possible [which can be done] without sacrificing any uptime. Third, make it energy efficient – you want to operate with a sub-1.1 PUE [power usage effectiveness] and the design will give you risk-less expandability,” Sacco said. He added: “The big danger in expanding a data center is in tying-in to existing critical systems.”

By minimising supporting infrastructure and, in particular, adopting modular construction techniques, risks can also be minimised, he said.

Sacco was presenting in a recent DCD webinar, in conjunction with Bloom Energy, entitled ‘The Data Center Reimagined: Lower Cost to Build and Operate Your Facility’ that, he argues can drill costs down to as low as $6.5 million, or $4.5 million per megawatt for a Tier II data center.

“And I can tell you that, over the hundreds of data centers that I’ve built and operated over my career, I could see a correlation of operating costs to capital costs of about 35 percent to 45 percent.

What’s the problem with conventional design? The problem is that the cost per square foot is front-loaded Peter Sacco, PTS

“But what’s the problem with conventional design? The problem is that the cost per square foot is front-loaded. If I’m building a 20MW data center, I’m going to spend all of the money in the first few megawatts that I want to deploy… so that is not an optimal solution.”

A reimagined data center, he asserted, could be scaled in a much more linear fashion, cutting the upfront costs and generating savings in the process. “So what does the data center reimagined, according to me, look like? Well, it’s about $6.5 million per megawatt for tier three – concurrently, maintainable fault-tolerant, fully embracing redundant systems, and fully embracing energy sources.”

While the aim is to keep a tight lid on costs, that does not mean skimping on things like back-up and on-site generation, he explained. Rather, it’s all about optimizing energy sources via, for example, Bloom solid oxide fuel cells.

Bloom takes all the functions of traditional power infrastructure – the transmission, the distribution, the substations, the batteries, the back-up equipment – and integrates them into a single distributed platform installed directly at the point of consumption. This all-in-one approach can cost between five percent and 15 percent less than simply piping in electricity straight from the grid.

For data centers that means having a highly available always-on primary power source with up to 6-9s reliability, eliminating the need to invest capital in operating and maintaining legacy components (UPS batteries, diesel generators, transfer switches) that tend to fail during transitional events such as loss of utility power.

A tier two level data center, would weigh in about $4.5 million dollars per megawatt, he added.

One of the problems of a traditional data center design, continued Sacco, is that scaling up also entails all the rigor and cost of the originally chosen tier. But Sacco’s more flexible architecture, he claimed, could enable the data center to be scaled-up under different tiers, depending on the business requirement, with the extension potentially operating under a lower tier than the original build.

This should enable even larger costs savings to be delivered. “What does this mean? If you’re a hyperscale data center builder, it means 35 percent to 45 percent lower Capex [capital expenditure] and Opex [operational expenditure] and it scales to hundreds of megawatts at any deployment density,” claimed Sacco.

He added that annual running costs should continue to weigh in at between 35 percent and 45 percent of capital costs every year, too, regardless of the data center build strategy. In other words, the strategy also helps drive down overall running costs, too.

In a wide-ranging discussion on data center build costs – and how to minimise them – Sacco added that the costs of enterprise-edge deployments should not be underestimated, either. Indeed, ‘edge’ does not necessarily mean ‘cheap’. “Even for clients in the pharmaceutical industry, the edge deployments in their labs are sometimes small, but can definitely achieve larger, 100 kilowatt, even megawatt size, because it is running the data center workloads that are on that local that require autonomy and security and performance.

“They are in the $8 million to $9 million per megawatt range in order to build that traditional design,” said Sacco.

With the data center sector continuing to grow over the past year, and expected to continue growing strongly into the foreseeable future, organizations will need simplified designs they can roll-out without delay, that help generate cost-savings, and while delivering the kind of energy efficiencies that can also contribute to net-zero targets.