Who hasn’t had that sinking feeling after realising that a big, solemnly made promise is going to be a lot harder to keep than originally anticipated?

Yet that’s effectively what many major data center operators did when they pledged to go carbon-neutral by 2030 or, in some cases, 2035. Now, CEOs, COOs, senior architects, facility design consultants and other managers at data centers across the world will be looking at their operations, looking at their carbon emission figures, and wondering how they can do it. 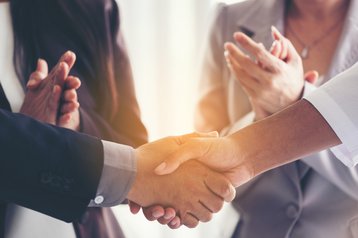 Promises are easy to make, but keeping them can sometimes be more challenging – Vertiv/Getty

Top of the list will be cooling, which can account for anywhere between 30 percent and more than 50 percent of data centers’ power consumption, depending on where in the world they are located.

Tackling this issue will therefore require a shift from air cooling to more efficient liquid cooling, both for lowering overall power consumption and for better capturing waste heat for re-use.

Nigel Gore, global offering manager, liquid cooling, at Vertiv, breaks liquid cooling down into three main types, “You can take a liquid to the rack and the rack door, and use chilled water to cool the air exiting the rack through a rear door heat exchanger; you can take the cooling liquid into the rack and attach cold plates to the servers’ CPU and GPU; and then there’s immersion cooling where you, essentially, plunge the entire server system into the liquid.”

Liquid cooling has always appealed to people and organizations looking to squeeze every last watt of performance out of CPUs and GPUs – particularly for the fastest PCs for enthusiasts or for high-performance computing. That, though, has been largely focused on direct-to-chip cooling methods, around which an ecosystem of suppliers has grown up. However, recently there has been a surge of interest in immersion cooling, especially from data center operators.

Conference Session Panel: How is the climate imperative stimulating innovation?

Immersion cooling, though, goes much further and provides even more efficient chip cooling. But despite the development of the technology over the past decade only now is it starting to gain real momentum.

“The interest in immersion cooling is certainly ramping up, led by server vendor development teams exploring enhancements to cool the entire system and data center teams interested in improving efficiency. A number of immersion cooling vendors have now been in the marketplace for in excess of ten years and there has been dedicated university research into the technology. In combination this is about a reduction in the footprint of the data center whilst more effectively managing liquid compatibility with IT equipment e to support the thermal properties around the server,” says Gore.

In other words, immersion cooling is

Some changes to server design are required to support immersion cooling, compared to standard air cooling. Support for fans, for example, has to be switched off in servers’ bios settings or emulated in software to ‘fool’ the server into thinking some especially efficient fans are keeping it cool.

Conventional servers today are also designed to best channel air across the device and, instead, need to be subtly redesigned to better channel liquid to the hottest components instead, says Gore. “With immersion cooling, you have a liquid that is typically an oil or a fluoro-carbon fluid. While the entire system is enveloped within the liquid, you do need to ensure that the hottest components receive the coolest liquid. So, a lot of the design focus of the liquid and immersion cooling vendors has been to ensure the best pathway of liquid to those hot components.”

In addition, heat sink designs have been upgraded to improve heat capture from liquid. “There’s been a lot of innovation in this space recently. As a result, a number of server vendors have started to support immersion cooling technology. But one of the biggest hindrances to adoption, in the past, has been IT warranties, although there’s been some progress recently in support of IT warranties for immersion cooling. That’s partly why we’re starting to see an increasing interest in the value proposition around immersion,” says Gore.

Indeed, he adds, Vertiv is starting to see mixed-use cooling solutions in an increasing number of its customers’ data centers as they start to make the shift, although it’s still very much in the learning phase at the moment. “Existing data centers are looking to optimize their energy footprint and learning to optimize their space, and they’re looking at these various different technologies,” says Gore.

He continues, “We’re starting to see mixed use and then we’ll begin to see dedicated facilities where the design is optimized for a specific use case. There’s also a real focus now on what a purely liquid-cooled facility would look like. That’ll be where you can start to optimize the footprint of the liquid distribution within the facility and the heat ejection infrastructure to support that,” says Gore.

It may also kick-off a rethink in data center locations, with immersion cooling putting both water availability and heat re-use much higher up the agenda. After all, fiber networks have helped unhook data centers from a need to be close, geographically, to customers for pretty much all activities, and liquid cooling and heat re-use can help operators get closer to achieving their big net-zero promises.

As of today, there are very few alternatives to slash data centers’ carbon footprint. While initiatives such as planting trees on another continent or purchasing the output of a wind farm in the North Sea could be deemed as "green", it will not be enough to reach the European Commission’s goal for climate-neutral data centers by 2030.