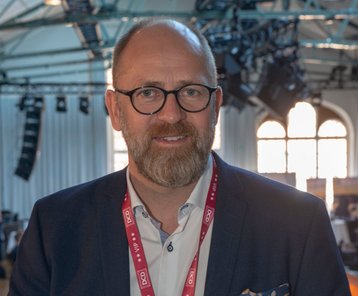 Peder Nærbø announced as Business Leader of the Year

Peder Nærbø. founder of Bulk Infrastructure, has won DCD's Business Leader of the Year Award, recognizing his exemplary contribution to the data center industry over the last 12 months. The winner helps build the profile of the data center industry with various stakeholder groups including investors, shareholders, financiers, owners, operators, the media and/or the government.

Peder Nærbø's company Bulk Infrastructure is a leading provider of sustainable digital infrastructure in the Nordics. Peder’s career began much earlier, starting work as a shipbroker in 1991, later working as an investment portfolio advisor from 1998-2005. In 2006, he founded Bulk Infrastructure and quickly became one of the premiere real estate developers in Norway, and holds the leading role in the logistics and industrial sectors.

“I believe we all have an obligation towards our children to find sustainable solutions for the future.” 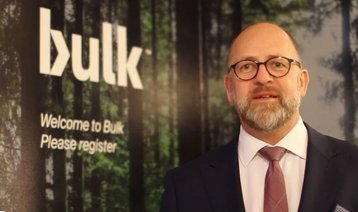 Bulk Infrastructure’s dedication to providing sustainable digital infrastructure is key to delivering value and opportunity creation to the data center industry. Peder’s ambitious plans aim to position Bulk as the go-to player for data processing requirements in the Nordic. Their track record of sustainable, highly quality, cost effective and quick solutions demonstrates their vision of bringing sustainable infrastructure to a global audience.

Peder personifies the entrepreneurial approach that is key to success in the data center industry, without compromising on the strong sense of social responsibility and environmental stewardship the industry needs to see more.

“I recognize the great potential to unlock the vast surplus of renewable energy in the Nordics for the data center industry… sustainable solutions are more than just a popular buzzword.”