DCD>Debates: A practical look at the edge

Last month, DCD held a debate on the way the demand for edge computing is reshaping the data center industry, and the very definition of a data center.

Participants from Schneider Electric, DartPoints, and DatacenterDynamics looked at opportunities presented by a growing market for highly distributed, remotely managed racks and cabinets, and the challenges along the way.

The conversation started with a question: what exactly is the edge? The term refers to digital infrastructure that is born as a result of several factors: “Some of these are related to location. Some of these are related logically. The edge doesn't have to be out in the middle of a cornfield. It can absolutely be in a Tier 1 market. What we find is that it's the closest connection between the user and their applications,” explained Hugh Carspecken, co-founder and CEO of DartPoints, a company that has been working on edge facilities since 2012. 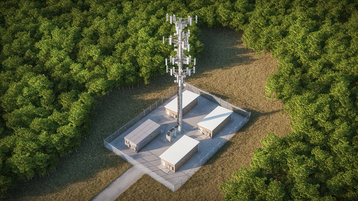 Tony DeSpirito, VP and GM of Schneider Electric's Data Center Operations, offered the perspective of a hardware vendor: “The edge, to us, could be as varied as a digital shopping experience in a retail environment all the way through to an oil platform in the Gulf of Mexico doing real-time data analytics where latency is a critical issue and that data cannot leave the oil platform. Keeping the compute as close to the user experience as possible, is absolutely critical here.

“Again, from an industrial setting, we also see this happening on the factory floor. As the factories around the world transform themselves and really digitize what they're doing, we're starting to see these as edge applications where the user is close to the application. However, there may not be qualified IT staff to help in the event of an issue.”

Deciding on what kind of hardware the edge requires is actually easier: “I think there's some very common attributes to an edge environment, from the service lens,” DeSpirito added. “The first of that it's a completely instrumented environment, so there's sensors, there's data acquisition devices where the compute is occurring. There's also a monitoring piece that is able to broadcast its status and to broadcast the health of the system.”

DartPoints is a specialist in edge colocation, and Carspecken offered a unique insight into rack density in micro data centers: “We are not seeing high density, and that might raise some eye brows, but that is what we are seeing. The reason for that is the equipment that produces that high density is quite expensive. Which brings us to the main point, which is: what's their business case?

"It doesn't mean that people aren't deploying these single rack at 25 KW in the middle of nowhere. They can absolutely go do that, but we're finding a lot of folks on the lower side, with smaller footprint and smaller density. People are taking a look at resiliency as an option against redundancy. If you reduce redundancy, you're reducing cost - but you're obviously introducing risk so you absorb that risk higher up the stack.”

Martin Hannagan, Advisor for Deep Edge Technologies, estimated an average micro data center deployment, in the near term, at anywhere between 128 and 256 kilowatts of power capacity. 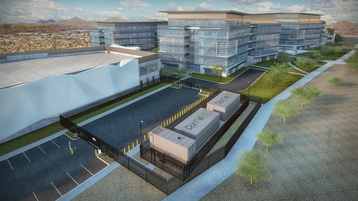 “This isn't really data center problem to me. It's more a technology and strategy problem,” he said. “How you operate them, how you manage them, how you control them and how you give as much information as possible to the customers so that you can avoid doing it yourself, and avoid those expenses, and at the same time give your customers every feature set.”

According to DeSpirito, the retail industry offers an interesting use case, where edge compute and storage has to be located in an existing, well established environment, invisible to the customer.

"I think that retail or the digital shopping experience is driving a baseline edge definition -here, you've got compute happening in varied retail locations with not a lot of IT staff, so it has to perform autonomously and independently, yet, it needs to deliver a very quick and immediate customer experience," he said.

"You think about smart mirrors and digital shopping in some of the larger department stores - that's clearly going to be a winner going forward. It needs to be taken into account in the strategy of the retail companies.”

Meanwhile, Carspecken detailed his experience with IoT: “They pay for the connectivity and that money filters its way through this ecosystem, that's fantastic. But folks that want to come in and deploy IoT systems, they are extremely small users at some of these edges. I won't name the company that we were working with but they were extremely excited. They said, 'Hugh, were going to be your best customer ever. We need 10,000 sites and we are willing to pay you for $183 per month per U. We just need one U each.'

"My response back was, 'hey, that's fantastic but why don't you go get 10,000 of your other customers, your buddies to come in and chip in because my site is going to cost a lot more than $183 per month to pay for this.'"

To view the complete on-demand version of this webinar, click here.