Are veterans the solution to the skills shortage in the data center industry? 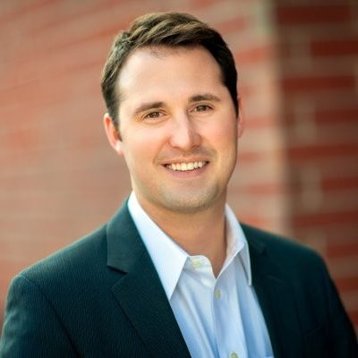 Ahead of DCD>Dallas, Salute Mission Critical Co-Founder's Jason Okroy & Lee Kirby sat down for a Q&A with DCD’s Kisandka Moses, who is producing this year’s conference, to discuss the ways in which military veterans are ideally suited to man and service mission critical infrastructure.

Q: Why are military veterans so well suited to Data Center Operations? Is there a connection between the skills that they learn on the battlefield and the experience that is required on the raised floor?

A [LK]: I believe that veterans are ideally suited for our industry, because as an industry we need absolute precision, discipline and execution. When you think about the data center, there are things in there that can kill you if you don't follow the procedures. With a veteran, you can train them on what the procedure is, and say, follow this checklist and if you hit any unseen conditions, escalate it up to the boss. Salute has proven that not only will veterans follow the procedures, they are also able to learn quickly and adapt and we've proven that with our training program.

Think about an infantryman on the battlefield, everyday they are maintaining their vehicle, communication systems and weapons systems, disarming bad guys on one block and negotiating with local townspeople to get a water system back in place on another. It's such a diverse experience and skill set that we can bring to the data center industry that I think far outpaces their peers. Jason came up with the original idea because he saw that the unemployment rate was over 20% for the typical veteran that had done one extent of duty and a couple of combat tours, and that was unacceptable. The unemployment rate is now lower but the real problem is underemployment.

A [JO]: In our industry, it's all about being able to follow a proper procedure and being able to think critically - that's why veterans have always been in our industry. Back in 2013, we foresaw that there would be a labor shortage in the industry and now everyone is trying to play catch up on how to solve that problem. We set up our business model in order to allow people to get hands-on experience.

As much as owner-operators may say "we'll take on someone completely green", that's almost never the case. They want their operators to have a year or two of experience because everyone is stretched thin and don't have the time to do the proper training. If you look at our business model, operators gain experienced from the 'do's and don'ts' all the way up to working 'higher up the stack' and dealing with low voltage. As operators get that year or two of experience, they eventually get hired by our best clients.

We have a number of data center customers like Server Farm Realty and all of their technicians in Chicago are Salute technicians. They know the training they have, and then they just keep pulling from our feeder system. This system has worked extremely well in our space, which can at times be like a revolving door with everyone moving from one hyperscale company to another! The problem is no-one is adding to the resource pool and that's ultimately what we're trying to do, because that's the only way to solve the problem. We can't just keep stealing each other's staff, we need to add resources and create competition, and there's a lot of positives by doing that.

Book your pass for DCD>Dallas

Jason will join 50+ expert speakers at this year's 5th annual DCD>Dallas event, to discuss how the next generation of Infrastructure-as-a-service will be designed, built and interconnected.

There are a limited number of free passes available for Owner/Operators. Book your pass today to ensure you don't miss out.

Q: I noticed there's three services in particular that Salute provide - the ability for veterans to deploy, manage and decommission data centers. In time, as the pathway to becoming a data center professional for veterans becomes more and more entrenched, will Salute start extending the services offered to more strategic areas, such as site selection, or energy/equipment procurement for instance?

A [JO]: As of right now, our focus is providing technicians and chief engineers for those entry-level positions which help to operate the facility. There really isn't a datacenter critical path that individuals go down in terms of strategic decisions, you kind of stumble into it and learn as you go.

Q: When a veteran starts off in an entry-level post, what's your hope for the veterans' career path and opinion on how far they can climb in the industry?

A [LK]:I think the sky's the limit. If you look at our website, we've got a veterans page and a community with photos of veterans in the industry, which embodies what we consider success. Some are CEOs of companies, like Tim Caulfield at Evoque, and others are entering their mid-career.

We've got an example of an operator that started out as an army cook. He rose up through his career in the data center business starting as a project manager, because of all the skills he got as a cook. He earned a bachelor degree and later a master's degree. He founded the Uptime Institute. His name is Pitt Turner and he is a fantastic example of the unseen skills which veterans are taught.

Google uses a term that I like, and it's cognitive resonance. It refers to the ability to think critically, to understand the problem within a strategic context and execute and this is a skill which you are taught in the military.

Q: We're witnessing a fairly widespread divestment of data center assets from enterprise owner operators. How is this trend impacting the gateway to deployment management for military veterans? Is there enough demand from hyperscalers and colocation providers if enterprise data centers are on the road to extinction?

A [JO]: Absolutely, there's more than enough demand and not enough people, even with our business model, to be able to support what's happening. This isn't just a trend in North America, but a global issue - we need to be adding more resources to the talent pool.

The enterprise market may be divesting, but the data has to go somewhere and so even if the data ends up in a hyperscale facility, they will still need resources to support their facilities.

A [LK]: I would add that enterprise data centers are just going to take on another form, they may be in the cloud or at a colocation facility, but the demand is still there for the jobs that we're doing. It's just shifted on who it is we do it for, and I think there are around 15% or so open positions that are out there for people to fill.

Q: In October, Salute will be part of a panel discussion at DCD>Dallas which focuses on the likelihood of the autonomous datacenter becoming a reality. Do you think there's room for robots and humans to collaborate in managing facilities in the future?

A [LK]: Absolutely, I've seen several waves of technology innovation in my lifetime and each time, the concern is centered on a loss of jobs as opposed to the displacement of jobs or changing roles. If robots in the data centers focus on moving up and down the aisles, changing CPUs or filters, these are menial tasks which do not have to be conducted by humans. However, somebody's got to maintain the robots. The systems within the robots will not be error-free, no machine ever is.

We are experiencing a changing of jobs and I think that if people embrace it and understand it, and realize that, if we use the same operational disciplines that we have for every technology wave that comes, you will understand which jobs will be displaced, which jobs will be needed and use this format to start cross-training the people that you have. I don't think that there should be a fear in the workforce of things changing, we should embrace the change and realize that every wave brings new, innovative ways of doing things that will give us the ability to do more in the data centers.

Q: I read about the UK Alliance and I was just wondering how you begin to identify which markets are most in need of a local Salute Chapter or Operation? How do you align the need to tackle veteran unemployment issue with ensuring that there are enough jobs on the ground within a certain region to help tackle this?

A [LK]: The UK is a great example, as they send a lot of troops to the desert and they've got a lot of veterans that are underemployed or unemployed. The UK have had the same issues that we've had here in the US. There was an article I got sent the other day, which was speaking about how veterans were only considered for entry-level positions. Veterans are not entry level candidates but rather individual contributor candidates that just need to be refit.

Even in places like China, they've got a huge veteran population that they try to refit, retool and get into the industry. In any country where you've got a disciplined military force, you'll have a disciplined veteran force to be able to capitalize on. We're active in the Netherlands and have veterans on-site working with us there, we're in Ireland, and we're hoping to be in England soon. We are working our way towards being active in France and Germany also, both areas which have large armies which produce veterans.

Jason will join us at DCD>Dallas on 21-22 October, to share his insights into "How close are we to machine learning, self regulating facilities?"