Who wants to be a data center engineer?

Finding fresh talent to operate data centers is tough enough, and the industry is growing fast

Compared to the extensive timeline of human existence, data centers are fresh faced and youthful - the first facilities of this kind were built in the 1950s.

The mighty mainframes inside those fledgling data centers required a mere handful of specialized staff; the more distributed technologies which followed needed larger technical teams to keep them operational.

Our economies now rely on the complex interlocking of infallible digital systems, but these systems are so new that the human infrastructure required to support them is still evolving to catch up. There just aren’t enough data center engineers to go round.

Even now, of the millions of engineers in the world pondering ways to improve human existence, many do not know the first thing about data centers. And why should they? They have plenty of other positions to fill, building electrical, industrial or civil infrastructure, creating more efficient, aesthetically pleasing and cheaper solutions to society’s problems.

Show me what you've got 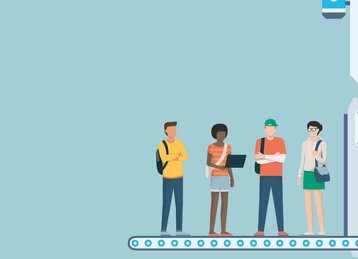 Let’s face it, data centers are a niche within a niche. Technologically-minded students and professionals are much more likely to work as software engineers than to consider spending their career in the data center industry.

Data center engineers are involved in site selection, reference design - redesigning and upgrading facilities and systems - and migration. They must know how to operate and maintain electrical, cooling, and IT equipment, all of which evolves and changes over time.

The modern data center engineer must also be knowledgeable in virtualization and software-defined systems, and understand the benefits of technologies like computational fluid dynamics, increasingly used to analyze and control airflow in data centers.

And so, as the industry as a whole grows and matures, its workforce is not only too small to meet its needs - it is also aging: the positions that need to be filled bear little resemblance to what was expected of a data center engineer who entered the workforce in the mid-2000s, let alone the nineties and eighties.

Some, like the trainers in DCD’s sister company DCPro, learnt on the job: qualified in electrical engineering, or cooling systems, they found work in data centers and eventually built up enough experience to pass on their legacies. But while this may have worked in the nineties, today’s systems are too complex to be managed by apprentices.

Solutions may come from elsewhere: in the April/May issue of DCD>Magazine, we spoke to Salute Inc., an organization founded by Uptime Institute president and former US Army reservist Lee Kirby, which is trying to place veterans in data center operations roles.

Kirby argues that the transition from infantryman to data center technician is easy: working remotely, maintaining dangerous equipment, communicating with a team and acting fast in the face of unexpected situations are skills expected both in the army and in data centers.

What’s more, he adds, veterans tend to suffer greater unemployment rates than the general population, making them perfect potential employees. But while such initiatives are commendable, they are unlikely to produce enough candidates to fill the data center skills gap. 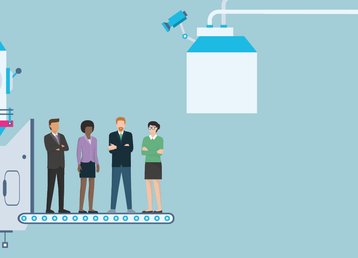 The need for data center staff is dependent on a facility’s size, which is why hyperscalers are those with the most serious problem, and also the reason they are the ones coming up with the most innovative solutions.

Headhunting other hyperscale and enterprise staff is an option, and one which must not be underestimated. Outsourcing jobs to third -party providers is another, as justified by a Park Place Technologies spokesperson: “Getting outside help to support them isn’t a sign of weakness, but rather a reasonable adaptation to a tight labor market, where there is more demand for IT skills than supply.”

But companies are also pouring money into education programs to create their own teams, desined to specification.

For instance, RagingWire recently organized a tour of its facilities in the hope of inspiring students to consider a career in data center engineering, but some have committed further, building fully fleshed-out curriculums: with help from HPE, the Southern Methodist University in Texas has created a graduate course in data center systems engineering, launched in 2014; and the Northern Virginia Community College, which sits at the heart of the US data center hub, is set to add a Data Center Operations specialization to its Engineering Technology associate’s degree.

But it was Irish engineering firm LotusWorks that first acknowledged the need for specialization at the university level, instigating the creation of the world’s first Bachelor's degree in data center engineering.

The company, which supplies engineers to local data center operators, and knew of the Institute of Technology in Sligo’s relevant courses in electronics and automation, put the idea to its customers, one of whom, according to IT Sligo’s head of engineering, Úna Parsons, “would’ve been Google.”

“In Lotus' discussions with them, they identified this need for providing this added skill set and the training that was required, so Lotus brought Google to us.”

This set the ball in motion, and a year and a half was spent designing the course modules, bringing in additional input from Microsoft and Facebook, “because they all know each other in the data center world and Ireland is the location of a lot of these companies, so it was very easy for us to work with them.”

The course sought to train engineers locally – in Europe – to meet the market’s needs. This is why, when it came to choosing a location to host practical sessions for the degree, Google set its sights on the Ecole d’Ingénieurs de la Haute Ecole Louvain en Hainaut (HELHa), in Le Mons, Belgium – which, following on the success of the undergraduate course, this year launched the world’s first Master's in the field, calling it the Data Center Engineering Program.

Both curricula are mostly coursework-based - though Sligo’s tutors deliver lectures live and record them for students who can’t attend them at the time - because students tend to already be working in professional environments.

This year’s cohort, Parsons said, included people from “the States, Australia, the UAE, the UK, Norway and Holland,” - and participants must not only take time off work, but organize travel and accommodation in order to attend the practical sessions.

The practical lessons are taught by HELHa’s existing university staff, who sign up for the program on a voluntary basis “because the labs are in English, not in French,” HELHa director, Ir Valérie Seront, said with a laugh.

According to Parsons, while none of the teachers on either course were data center specialists, IT Sligo staff were “upskilled” to meet the needs of the initiative. HELHa tutors, meanwhile, receive regular briefings directly from Google.

But as Seront pointed out, the tutors are already experts in relevant fields: “data center maintenance is [solving] electrical problems, thermal problems and control problems. These are the same in other companies, in electro-mechanical areas.”

Facilities for the practical sessions were another matter, however, and the university’s labs, used by HELHa students in other engineering domains, required an upgrade to accommodate the program: “We needed particular equipment, like a cooling tower.

“We also duplicated our labs because it’s important not to have too many people on the course,” she said. Funding for the upgrades was partly provided by Google, but the university found support among industry partners too, such as ABB and Schneider.

Overall, both courses have been hailed as a success. The structure is perceived as positive by the HELHa teaching body, as it does exactly what it sets out to do: it prepares students for a particular work environment.

“It's the first time we've worked together with a company on such a big project. The training is done for the enterprise and starts from the enterprise.

“For Belgium, this is unusual. In Belgium, we run a course and then send an engineer to the enterprise. This is not the same. The course was built with an enterprise. We were free to construct it, but Google’s help was very important [to us].”

If anything were to be improved upon, Seront would like to extend the practical aspect of the course, conceding that hands-on learning is an inescapable component, albeit difficult to organize.

Meanwhile, IT Sligo is exploring different ways of applying the content of the course to other types of engineering, including “more generic, manufacturing industries,” Parsons said. “We can now provide similar content to other cohorts.”

Of more interest to our readers, though, the university is considering peripheral courses, such as developing its own Master's to follow on the Bachelor's degree, and perhaps even specialized technician training – another pressing need identified by the industry.

The current course focused on the skillset that the industry needed immediately, Parsons said, “but they’re looking at up and down with regard to the skills that they need, what other levels we should be developing.”

It is encouraging for the industry that the need for specialized, university-level training for data center engineers has been recognized.

Both courses are still in a trial phase; with 30-odd students starting on the undergraduate path this year – up from 16 last year - and less than a dozen on the Master's course, it is fair to say that the project will need to be replicated many times before it can realistically begin to address the skills gap. 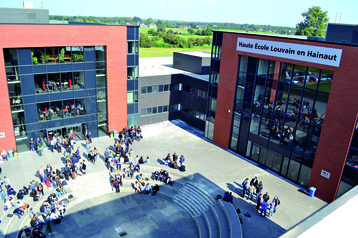 Some companies take things one step further, and train engineers themselves: Schneider Electric says it has trained more than 1,500 critical environment technicians, which are then employed by the company to operate its customers’ data centers.

Like HELHa, Schneider selects candidates with relevant experience: mechanical or electrical engineers, fire suppression or generator specialists. The problem it faces is where to find such candidates; it cites the military, technical schools and job fairs.

Another way to approach the skills gap may be to broaden the search. A larger, more diverse talent pool is bound to bring a rich new wave of enthusiasm to the industry.

Both Schneider and Colt have set up programs to encourage women to work in technology, and Colt recently hosted an event to discuss how a diverse workforce benefits businesses - an argument companies like Google have validated in practice.

In my search for why data centers are struggling to employ people, no company seemed concerned with the question of renumeration. After all, this is an incredibly productive industry, concentrated in the hands of a few companies, and the stakes are high for data center engineers handling the infrastructure underpinning everything from our banks to our communications, transport and even medical systems. Maybe, just maybe, a bit of a financial incentive is in order.

Ultimately, it is a multi-faceted problem to which there is no single solution. But as unemployment looms over vast swathes of modern economies, and technology not only grows in prominence but is better understood by younger generations. Those who seek high-value jobs - or any jobs, for that matter - could look to data centers as a safe haven of employment.

Sales is an issue too

The problem doesn’t only apply to data center technicians: technical sales staff are just as hard to find, and training new employees in new geographies can not only be costly, but ineffective: it takes more than technical knowledge to be a good salesperson, and a person with no knowledge of the local market can be just as much of an issue.

This article featured in the October/November issue of DCD>Magazine. For more information, or if you'd like to subscribe, click here or fill in the form below: