The race for memory

High-performance storage contenders are on the starting blocks. Get ready for a shake-up in 2016

For years, the data center storage landscape has remained fairly simple: you used 7200rpm (7k) hard drives for most of your daily workloads. Demanding tasks asked for high-performance 10k and 15k drives, which were later replaced by flash memory. Barring exotic solutions for especially paranoid organizations, archives were kept on magnetic tape.

Today, the industry has mostly gotten to grips with flash, but the overall growth in storage performance has pushed equipment manufacturers to dedicate more resources to the development of even faster ways to read and write information.

If you thought the transition to flash was messy, complex, full of far-fetched promises and underwhelming delivery, wait until you see what’s coming next.

To keep up with the performance of processors – which, as we know, doubles approximately every two years – servers of the future will need fast, non-volatile memory to occupy the position between NAND and DRAM.

DRAM – DDR4 in particular – is really fast, but it’s a massive power hog and can’t store information once the machine is turned off. Flash can store data without using any electricity, but it is too slow for in-memory databases, and while the latest chips last considerably longer than their ancestors, even enterprise-class flash is only good for about 30,000 read/write cycles before the memory cells wear out.

With this in mind, we list four of the most promising non-volatile memory technologies, two of which are set to appear in enterprise storage devices next year.

PCM cells consist of two electrodes on either side of a chalcogenide glass. By applying heat, the glass can be switched easily between an amorphous (low conductivity) and a crystalline (high conductivity) state, changing its optical and electrical properties to record data.

PCM chips last much longer than flash – between 10 and 100 million write cycles. They are also resistant to radiation, unlike flash, which is unsuitable for many space and military applications.

Phase-change memory has been proven to work, but currently does not meet the density and cost requirements for enterprise applications. Intel previously predicted it could become cheaper than NAND memory.

PCM is being developed by IBM, Intel, Micron and Samsung, and enterprise storage devices based on this technology are expected in 2016.

Just like PCM, most types of ReRAM don’t feature transistors. Instead, a memory cell consists of three layers: a metallic top electrode, a dielectric switching medium, and a bottom non-metallic electrode.

Rather than trapping electrons like DRAM and NAND, this memory type uses high voltage to either form or break a conduction path through the dielectric medium, thus changing its resistance.

ReRAM consumes less energy than any of its competitors. It also produces less heat than PCM, which means it’s easier to build larger-capacity storage devices.

Hamid Shokrgozar, president of Viking Technology, told DatacenterDynamics that the manufacturing process for ReRAM is relatively simple and the components are expected to be very cost-effective. He added that microcontroller chips with embedded ReRAM are already on the market, used in consumer products such as home security systems, smoke alarms, and portable blood pressure monitors.

ReRam is being developed by Viking Technology, SanDisk, Micron, Sony, Panasonic, Crossbar, HP and SK Hynix. It will appear in high-performance enterprise storage devices in 2017.

Pronounced ‘crosspoint’, this is a very recent addition to the alternative storage roster.

We are about to enter another hype cycle, and with this many competing technologies, it is going to get rough.

According to Intel and Micron, 3D Xpoint relies on layers of switch and memory cell materials that can permanently change their state. The company has denied that the underlying technology is based on PCM or a form of ReRAM, claiming it has invented a completely new type of memory – something that remains the subject of intense speculation online.

What we do know is that 3D Xpoint features no transistors and offers individually addressable memory cells. The technology will be used to produce PCIe SSDs under the Optane brand, followed by a new class of yet-unnamed DIMM storage devices.

3d Xpoint is a proprietary technology owned by Intel and Micron, and the partners are planning to launch the first Optane devices some time next year.

Racetrack Memory is being developed at IBM by Professor Stuart Parkin, a world-renowned physicist who, in the 1990s, invented spin-valve technology that enabled 1000-fold growth in the capacity of hard drives.

Racetrack Memory writes magnetic information onto nanoscale wires made out of a special alloy, each storing hundreds of bits. The bits are then transported along the wires to the read-write heads using ‘spin polarized’ electric current, produced by a transistor.

Racetrack memory is still in the research phase and may take longer to reach commercialization than PCM or ReRAM, but the potential performance, endurance and density characteristics here are very impressive.

Earlier this year, Parkin and his team published a paper which confirmed that the project is firmly on track – no pun intended. But exactly when it will produce something that can be put inside a server is anyone’s guess.

This is by no means a complete list. It misses such beautiful specimens as Magnetic RAM (MRAM), Spin-transfer Torque RAM (STT-RAM), Ferroelectric RAM (FeRAM), and probably a few others.

The use-cases for faster non-volatile memory already exist, and certain technologies envisioned about 30 or 40 years ago are about to reach maturity. In the next two years, your storage choices are guaranteed to get a lot more diverse. At the same time, we see software-defined equipment helping to unite storage devices into abstract tiers, based solely on their performance characteristics. 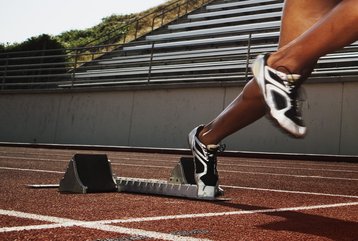 Taking this into account, next-generation storage devices will be easy to manage, but that doesn’t mean they will be easy to purchase. We are about to enter another ‘hype cycle’, and considering the number of competing technologies, this one is going to get rough. God help us all.