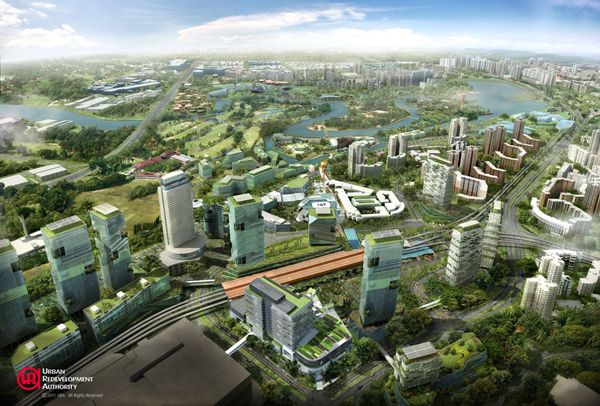 Telin-3 is hardly the company’s first foray into the data center hub of Singapore: the company already has a data center in the east part of the island by Changi Airport, and a private area within Global Switch’s data center at Tai Seng. Interest is high in Telin-3 however, because it is the first plot of land awarded in the landmark Singapore DCP – and given the fact that the start date for the DCP had itself been pushed back a number of times. 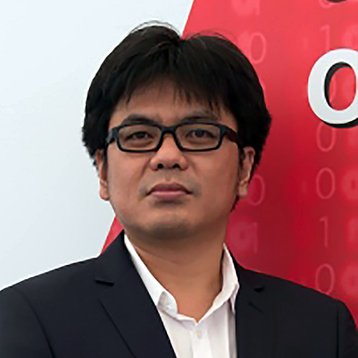 To learn more about Telin’s new data center and its view of the local and regional market, we met up with Freddi Huang, the head of network engineering and operations at Telin Singapore.

As with practically all multi-storey data centers, Telin-3 will see the majority of plant equipment for power and cooling placed on the first level, while the data center floors will be housed on levels two to five. The first stage will see 4.2MW and the first data center floor on level two will be ready for operation in Q3 2016.

Telin-3 will be able to support ultra-high power requirements of 20 to 30kWA, but only after careful planning on the cooling front, and in-row and even in-rack cooling may be needed. According to Huang, Telin-3 will have 16.8MW dedicated for the IT load when it is completely built-up.

As you would expect, Telin Singapore will interconnect its Changi data center with Telin-3. Significantly, Huang shared that plans are afoot to establish the company’s own fiber infrastructure to link up Telin-3 with its existing locations at Changi and Tai Seng, and “some of the major points of presence” in Singapore. Projected to be ready at the same time as Telin-3, it will be built using the latest technology to offer up to 100Gbps per lambda, or wavelength within a fiber optic strand.

Establishing a fiber optic network is surely an expensive proposition, even more so when designing it to support cutting-edge 100Gbps speeds. Of course, existing 10Gbps links can be easily link aggregated to deliver higher bandwidth, yet there is no question that support for 100Gbps from the get-go delivers much more headroom for future expansion.

Pick a Tier, any Tier

Finally, plans are afoot to get Telin-3 certified for Green Mark Platinum when completed, with a PUE of 1.5 or better. When completed, Telin-3 will be one of the few data centers that is designed and built to meet at least Uptime Institute’s Tier III and Tier IV availability and reliability standards. Huang told us that Telin-3 will be a multi-tier data center, and is engineered to deliver Tier II and Tier I standards to organizations that may not need the redundancy offered by the higher tiers.

So is Telin Singapore targeting customers from the lower-end of the spectrum? “Definitely, we focus on the premium data center [customers]. [However], our premium customers sometimes require less critical applications,” explained Huang. “By having multi-tier, they can put their less critical applications in the lower tier, which gives them cost savings in the long run.”

According to Huang, it is about delivering what customers want at a competitive rate, rather than picking up accreditations just in order to justify charging a premium rate – even for capabilities that customers may not need. Huang told us that Telin Singapore customers could be granted direct DCIM access to uninterruptible power supply (UPS) and air-cooling systems.

By having multi-tier, they can put their less critical applications in the lower tier, which gives them cost savings in the long run

One of the hot topics in Singapore would be the Threat and Vulnerability Risk Assessment (TVRA) guidelines adopted by the Singapore Monetary Authority (MAS) for financial organizations. On that front, Huang confirmed that Telin-3 is designed with TVRA in mind, and will join a handful of such data centers that are TVRA-accredited when it is ready.

“I think the key thing about the data center, it is not about the building, but it is well connected to the rest of the world,” Huang told DCD as he explained about the company’s plan to build 100Gbps pipes between its existing data centers. “We plan to interconnect our data centers with our existing cables, be it fully owned by us, or other telcos.”

Other data center operators in the region are certainly working hard to bolster the connectivity of their facilities. For example, 1-Net Singapore recently announced its “Data Center Corridor” initiative, and is understood to be leasing capacity from Epsilon and KVH to interconnect data centers in Singapore and the region at either 1Gbps or 10Gbps. Similarly, AIMS in Malaysia is looking to leverage existing dark optical fiber infrastructure within Cyberjaya to connect participating data centers at 10Gbps speeds.

So why did Telin Singapore build its largest, and arguably most important data center at the Singapore DCP? Huang pointed to the infrastructure available within the DCP itself, the access to power substations, and the telecommunications infrastructure being piped in as some of the factors considered by the company.

Ultimately, it was clear that Telin Singapore saw the DCP as a prime location given its implicit endorsement by the Singapore Government, known for its meticulous, long-term planning. Moreover, Huang pointed out that building a data center at the DCP is akin to plugging into the heart of the Smart Nation initiative currently championed by the Infocomm Development Authority (IDA) of Singapore; the DCP project is also spearheading by the IDA.

Finally Huang noted that Singapore is a strategic hub for connectivity to Indonesia, considering that the majority of subsea cables from Indonesia land in Singapore. Certainly, there is no shortage of opportunities considering the huge population of Indonesia to consider, as well as Singapore’s hyper-wired population for which 2Gbps Internet connectivity is currently available, and trials of 10Gbps fiber-to-the-home (FTTH) Internet service were recently announced.

“I think we need to build adequate capacity. This is the key factor why we need to put two data centers in Singapore,” said Huang. “The growth will be there, primarily because this is Asia Pacific… more people will go online in the next 1 or 2 years. The penetration of Internet is contributing a lot in the demand for data centers.”

And when it comes to the Smart Nation initiative, there is also a need to put the servers and applications in place to support this initiative, said Huang. But what about the dangers of a possible supply glut, especially considering the gradual but irresistible move towards higher density compute, running on private cloud?

“I don’t think the demand will shrink down. Look at how people talk about storage, content, and storage as a service [today],” said Huang. “We believe that people want to access their data online. The demand for this particular space in terms of storage is actually quite huge.”

Does Telin Singapore intend to build a fourth data center any time soon? “I think definitely we will keep moving on. We will start to analyze again when the time is right in terms of where we should go in terms of [a] market study, in terms of location, in terms of population, and whether the government is open,” summed up Huang.