Company only waiting for approvals from regulator CADE to complete transaction

2021 has seen Piemonte Holding rapidly expand its data center footprint from a handful of investments to a sizable portfolio in South America.

In 2019, the Brazilian investment firm acquired a stake – currently at 22 percent – in the GBT DataCenter in Brasília, which offers collocation data center services to Brazilian public banks Caixa Econômica Federal and Banco do Brasil. The same year the company invested in Elea Digital through its Private Equity vehicle Titan Venture Capital.

“The state of Rio de Janeiro is the second-largest market in Brazil, only behind the state of São Paulo. For Piemonte Holding, it was almost mandatory to be present here. In addition, the offices of Piemonte and Elea Digital are in Rio de Janeiro, so when this transaction is completed, it will be our 'home' data center", comments Alessandro Lombardi, CEO of Piemonte Holding, in an interview with Datacenter Dynamics. 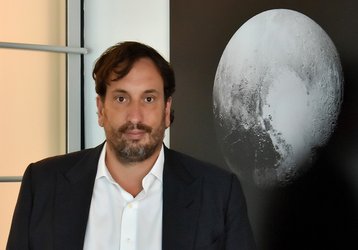 Alessandro Lombardi: It is an asset that has been on our radar since we started our investment in infrastructure and digital technology in 2018. The fiber optic network that serves the metropolis of Rio, the undersea cables, and the intense peering activity are the factors that most attracted us in Rio de Janeiro.

How does this new acquisition fit into Elea Digital's project to create a federation of data centers in Brazil?

When we arrived in Rio de Janeiro, after Porto Alegre, Curitiba, São Paulo, and Brasília, we closed an area of ​​circular coverage capable of serving the regions with the highest population density in Brazil. It is also public knowledge that we are looking at the Northeast with great interest, and our expansion is just beginning.

What are the main highlights of this data center in relation to others that Piemonte already has?

Globo made an investment that we consider state-of-the-art. Not only because it is a Tier III-certified data center, but because of the attention and care that was put into the projection of the asset; in operational performance excellence, which is considered a model; and, mainly, for the connectivity potential of the region.

It is important to remember that most of these investments were made in view of the Olympics in Rio, in 2016. At that time, the objective was to build a unique connectivity infrastructure, in order to broadcast live from the Olympic Park to the entire world. Piemonte Holding believes that this infrastructure is a legacy that almost necessarily needs to be protected and also, as far as possible, improved and expanded.

Just a few months after the purchase of Oi's data centers, Piemonte has already made this new acquisition of a data center. How do you define this rapid company expansion process?

That's what was in Piedmont Holding's plans. We want to be a pioneer and leader in the infrastructure sector, growth and expansion are a necessity. There are those who prefer to start from scratch; announce new data centers to be built and ready in a few years, but we prefer to start with what is already available and improve [them]. We understand that this will end up helping, with due proportions, the country's digital infrastructure as a whole.

Is the intention to expand the data center?

Absolutely. The property was designed to have a capacity twice as large as the current one and, obviously, it is not Globo's strategic focus to make more investments in the site to allocate any idle capacity to third parties, which should be done by a qualified and experienced operator such as Piedmont Holding.

So the idea is to double the asset's capacity as quickly as possible. As soon as regulatory approvals arrive (since the transaction is still pending CADE approval and document execution), we will begin the necessary investment to expand the data center. 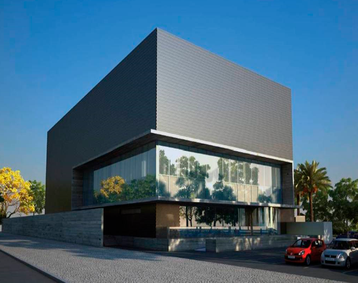 One of the great differentials of this data center is the rack density, well above the average we see being used in Brazil. The data center has a density of 7kw per rack when, in our understanding, the national average is around 3kw per rack.

A city that is emerging in Brazil is Campinas, is Piemonte Holding interested in any project there?

Those who operate in our sector cannot avoid being interested in Campinas. However, it is a region that has developed as a cluster of hyperscalers, and our current strategic focus is on expanding our geographic presence and connectivity.

How does Piemonte Holding assess the city of Campinas and region for the data center sector?

We think it's very good. It's a city where we really want to be, despite the inflation in asset prices that, inevitably, the big competitors of hyperscale have brought.

A version of this story appeared on our Brazilian edition. With additional reporting from Dan Swinhoe.