Dealing with the hidden problems of dielectrics

Immersion-based cooling is currently perceived as one of the greenest technologies in data centers, as it reduces the energy needed to cool a facility, while extracting heat in a quiet and efficient manner.

But there could be a problem. Data center cooling systems from the likes of Asperitas or Submer consist of large tanks of fluid in which electronics are submerged. Generally, that fluid is a synthetic oil composed of various hydrocarbons, ultimately derived from petroleum.

That might not be a big issue, because immersion cooling systems don’t burn their cooling fluid, it circulates within the tanks until it needs replacement.

But the hydrocarbon-based fluid will eventually need to be disposed of, and will reach the environment. 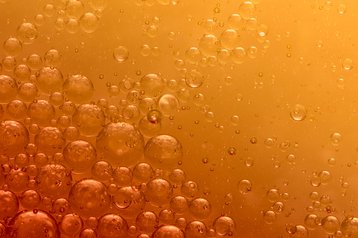 Could there be an alternative?

US food giant Cargill thinks there is. The company is one of the largest in the US, starting 150 years ago as a salt distributor, and is now best-known for egg-based products. But it also works with grain and vegetable oil, and a few years back, it quietly branched out. Into data center cooling.

The product, NatureCool, is at least 90 percent based on soy oil, and designed to replace petroleum-based immersion coolants in data centers and cryptomining facilities. Because it comes from plants that have naturally trapped carbon, it can be said to be CO2 neutral - although uses land that would otherwise be used for food.

Environmentally friendly products can involve a trade-off on performance, but Cargill believes that doesn’t apply here. It claims the fluid has a 10 percent higher heat capacity than leading synthetic immersion cooling fluids.

It also passes safety standards, with a high flash point of 325°C (617°F). Unlike some other immersion fluids, it can't self-ignite, because its flames will go out after the heat source is removed.

And there are other benefits in its practical use, Cargill claims. The company says that synthetic spills require expensive remediation, using solvents which then need to be cleaned up, using techniques which are highly regulated.

In fact, when the fluid is outside the tanks, Cargill says it can biodegrade quickly and easily, within ten days - even though it is stable and long-lasting inside the system.

Cargill has considered the lifecycle of the product and made it recyclable - not only the fluid but the packaging as well.

The company can supply fluids in tanker trucks, holding 5,800 gallons, but that doesn’t work for data centers, as the trucks can’t be driven into the facility and up to the tanks.

Instead, most customers use what is known as “totes,” 330-gallon containers made of heavy plastic with a metal cage reinforcement, that can be transported by forklift truck. Totes are about four-by-four-by-four (feet), and add to the price of the fluid.

Large facilities, with up to 500 tanks, can get through a surprising amount of fluid, sources suggest. Individual tanks hold from 250 to 500 gallons and, while the fluid lasts a long time, it will have to be replaced at some point.

In the general data center sector, immersion cooling is still a small niche, as most operators are dealing with a huge installed base of air-cooled systems

There are anecdotal stories of data centers placing orders for 25,000 gallons of coolant at one time, which amounts to around 60 totes.

What appears to be happening is operators are choosing to replace their immersion cooling after perhaps five or six years.

When this happens, if customers dispose of the fluid it will still have effectively zero carbon emissions, since it will be releasing captured carbon. However, there is a possibility that customers might still manage to reuse that fluid, if it can be processed to make it suitable for bio-diesel use.

Given that NatureCool is 90 percent soy oil, the other 10 percent might need to be removed, in some sort of processing, leaving an oil that can be safely burnt in diesel generators.

The reuse doesn’t end there, as the totes themselves are a potential source of waste. Industry practice is generally to discard them, but Cargill recycles totes.

Cargill’s cooling customers all get virgin totes rather than second-use containers, but customers are encouraged to send them back so they can be cleaned and reused or sold on the secondary market.

All too often, the recycled option is an expensive niche product, but Cargill appears to want to take a substantial share of the market.

The product was initially conceived around 2017, and started out in tests with small partners. It has been available commercially for four and a half years, finding a market amongst early adopters of immersion cooling.

This year, in 2022, the company has built up enough momentum to hire a team to market the product and make a formal launch.

With its massive food volumes, Cargill can produce large volumes of NatureCool to meet potential demand, however, forecasting could be an issue, as the company’s initial market is mostly in the unpredictable cryptomining sector.

A deep dive into cooling

In the general data center sector, immersion cooling is still a small niche, as most operators are dealing with a huge installed base of air-cooled systems. It is difficult to get those data centers to consider converting to immersion cooling: it would involve junking their air conditioning systems, and investing in different sorts of support infrastructure and staff.

High-performance computing (HPC) has moved further towards immersion cooling, but it’s clear that cryptomining is the current opportunity. Crypto operators are not tied to existing installed hardware, and they simply want to run equipment as fast and cheaply as possible.

They routinely overclock equipment to get maximum performance, creating higher demands for heat removal, which immersion cooling can deliver.

Taken in context with the rest of Cargill’s business, immersion cooling is obviously a good opportunity, because it provides a higher-margin outlet for vegetable oil.

However, there are already a variety of synthetic oils in competition, so there will be pressure on Cargill to keep the fluid cheap. Certainly, operating in the price-sensitive crypto sector will require that.

One might wonder if immersion cooling in data centers could expand so quickly that the facilities start to take raw materials away from the food sector, perhaps pushing up prices, but there’s no current danger of that.

The fluid is available internationally, shipped in ISO-standard shipping container tanks. Cargill is a large enough organization to have an entire transportation team that will handle this task, and also cover the minutiae of the international shipping process, including customs and VAT.

Users buying immersion cooling systems do not want to have to buy the coolant separately. In the event of any failure or incompatibility, this would mean finger-pointing and potentially a failure of the tank’s warranty.

For this reason, Cargill aims to sell its product directly through the tank vendors, and it will be getting it certified as compatible with those tank products.

There are anecdotal stories of data centers placing orders for 25,000 gallons of coolant at one time, which amounts to around 60 totes

We can also expect marketing campaigns which are based around its environmental credentials, possibly linked to pending regulations on greenhouse gases and other chemicals with a global warming potential.

Cargill hopes that potential immersion cooling customers will demand a plant-based zero-emissions product in tanks, and ask vendors to endorse and supply it.

DCD has approached leading immersion cooling providers to ask if they are aware of NatureCool or have certified it, and the initial response seems to be favorable.

While some vendors are staying quiet for now, Asperitas says it is “excited” by the development.

Asperitas says there don’t seem to be any issues with compatibility, but will need to confirm this with OEMs. “We look forward to working with Cargill through a special OCP immersion cooling fluids group to assess performance using the newly published Figures Of Merit (FOMs),” said a statement.

Cargill has joined the Open Compute Project (OCP), an industry group aiming to reduce the environmental footprint of data center hardware, and hopes to raise the profile of immersion coolants.

“Immersion cooling is the new frontier of technologies that allows for more efficient, higher performing systems that also help make the IT industry more sustainable,” said Kurtis Miller, the managing director of Cargill’s bio-industrial business, and a contributor to the OCP's Requirements document for immersion cooling.