A deep dive into cooling

Cooling has been at the center of thinking about green data centers since the very dawn of the discipline, decades ago. 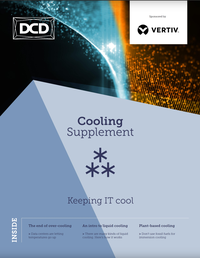 You might think it's all been sorted out by now - but if you thought that, you'd be wrong.

The last ten years have seen a sustained effort to reduce the energy used in data center cooling systems, traditionally provided by air-conditioning technologies, shifting energy to the racks.

At the same time, there's been a growing movement that says liquid cooling is going to be more efficient, and better for the environment.

This supplement questions both those assumptions - and provides a primer on liquid cooling, because we believe that, whatever the details, liquid cooling is the future.