The demise of colocation, cannibalized by growing demand for cloud services, has been much exaggerated

The rise of the cloud has been unstoppable in the past five years, with companies gradually moving additional applications and workloads into cloud hosting environments as they grow more familiar with the pay-as-you-go,

on-demand, cost-and-delivery model. Figures from the Cloud Industry Forum (CIF) published in May 2015 suggest that 70 percent of public and private sector organizations that already use cloud services planned to increase their adoption over the next 12 months, with half saying they would move their entire infrastructure to the cloud at some point.

That increase in cloud usage has led many industry watchers to predict a parallel fall in demand for colocation services. But another argument says there is no reason why greater use of the cloud should damage the market for colocation – the two approaches are in some ways complementary and can accommodate a variety of customer requirements that are unlikely to disappear completely.

“If you want more capacity and you have not got the space, then your choices are to build a virtual infrastructure, or put it in a hosted colocation facility and just wheel your equipment in there,” says Ian Osborne, a member of CIF’s governance board and senior manager for ICT at the Knowledge Transfer Network.

A key selling point of wholesale colocation is that it often makes sense for companies with large-scale power, space and performance requirements that would otherwise need to spend millions building their own data centers. Instead, they can minimize their infrastructure-hosting costs by renting space in a third-party facility within which they can install, run and maintain their own servers, storage and network infrastructure, while sharing the cost of power, cooling, connectivity and floor space with other tenants. This approach gives them tighter control of their infrastructure, offers room for expansion within the same geographical facility, and retains some scope for customization of available server, storage and network configurations. And retail colocation can be a good fit for small companies that do not forecast any expansion in capacity requirements in the short term beyond a few servers or a single rack. 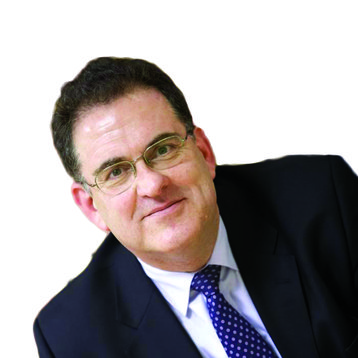 But unlike cloud, colocation still requires that IT departments buy and maintain servers, storage, network switches and routers, and software of their own. “That presumes you have got equipment,” says Osborne. “While that is not unusual today, I suspect in 10 years’ time it will be quite unusual for people to have compute equipment they use for running their own services.”

Companies using colocation also have to rely on their staff to monitor, maintain and back up that equipment, even though it is hosted off-premises, though in some cases the colocation provider will offer managed services that take over some admin tasks. In contrast, the company leasing cloud infrastructure, applications and services from a cloud service provider reduces its own capital expenditure costs since responsibility for day-to-day admin maintenance and troubleshooting of that server, storage and network infrastructure also shifts to the cloud service provider leaving internal IT staff to focus elsewhere.

“The advantage of cloud services is that they can be accessed from anywhere, and if designed properly they can provide scalability alongside policies for reliability, resilience and robustness much more effectively than you could do it yourself, and you can bring services to market more quickly,” says Osborne.

I suspect in 10 years’ time it will be quite unusual for people to have compute equipment they use for running their own services.

In some ways, greater use of cloud services is also an opportunity for colocation providers because many of those clouds are housed within their data centers.

Given the costs involved, building their own mega data centers is usually only an option for super-scale public cloud service providers such as Amazon Web Services (AWS), Google and Microsoft.

“The fast growth of Interconnect can be explained by the fact that we do not believe in a single solution which suits the needs of all customers.” says Rob Stevens, CEO at the Netherlands-based ISP. “With a wide range of services (colocation, cloud, connectivity and hosted telecom) we always look for the right solution based on the specific requirement of individual companies.”

As an ISP that has evolved to offer a range of services to businesses – including colocation, cloud services, broadband and hosted communications – Interconnect is well placed to judge when and why its customers choose cloud over colo, or vice versa. But Said van de Klundert, network engineer at Interconnect, says that requirements vary widely from one to another. “Some want to rent a whole floor, or 600 racks; others just want one rack. Some want a temporary boost in capacity and others just want to drop all responsibility for hardware,” he says. That proliferation of services puts a strain on the data center infrastructure.

Interconnect operates two data centers located in Den Bosch and Eindhoven, which are roughly 50km apart. Having grown organically since 1995, the ISP has accumulated a large number of switches and routers from different vendors, and recently engaged in a consolidation exercise. “There came a point where we wanted to add more services and needed to add a lot of 10GbE ports,” explains van de Klundert. “Because that was going to cost a lot, we decided to investigate what we could do differently. By eventually purchasing the Juniper Networks virtual chassis fabric and MX Series routers, we can just copy-paste the deployment of one data center to another and provide all the services in exactly the same way, simply by managing one switch in each data center and four routers in total.”